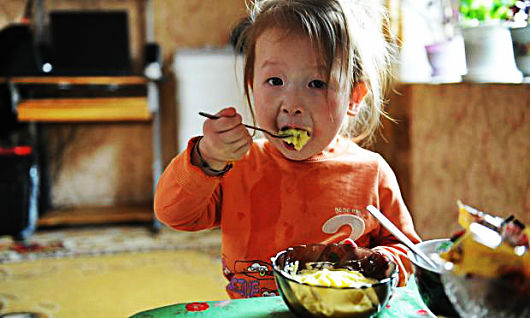 Since the end of the Second World War, the face of malnutrition in Taiwan has changed dramatically. Once among the ranks of third world nations, Taiwan has enjoyed meteoric economic growth over the past seventy years. This growth has raised living standards, reduced poverty and eliminated undernutrition as a development issue. But despite this newfound prosperity, Taiwan continues to face malnutrition in the form of obesity and poor diets.

Between 1895 and 1945, Japan ruled over Taiwan as an imperial master. Over these five decades, Japan structured the island as a satellite granary. Taiwan’s principal crops became sugar and rice, and by the 1930s, Taiwan exported more than half of its agricultural output to the Japanese home islands. In fact, according to researcher Samuel Ho, the amount of rice available for consumption in Taiwan had fallen 24 percent by the 1940s. Although Japanese administrators modernized Taiwanese agriculture and invested in transportation infrastructure, they did little to improve the lot of the poorest Taiwanese: real wages remained low and malnutrition prevalent.

Soon after the end of Japanese rule, Taiwan found itself in a position to tackle malnutrition. No longer Japan’s offshore breadbasket, Taiwanese farmers saw export markets for their crops collapse. They thus began putting significantly less of their rice crop on the market and retaining more for home consumption. In addition, the Taiwanese government implemented land reforms that broke up large agricultural estates and turned tenant farmers into landowners. Combined with other “pro-farmer” policies and a growing industrial export sector, Taiwan had effectively eliminated malnutrition by the early 1970s.

But with the development of an advanced economy in Taiwan, malnutrition has resurfaced as a public health concern. According to University of Washington sources, dietary risks are the second-greatest contributor to Taiwan’s disease burden. Whereas most Taiwanese were once unable to afford a varied, nutritious diet, many now eschew healthy eating electively. To add to this concern, contemporary Taiwanese suffer from increasing rates of obesity: 31 percent of females and 41 percent of males were overweight in 2013, and obesity in people under 20 has increased by more than 50 percent since 1980. This “double burden” of malnutrition — undernutrition paired with obesity — among Taiwan’s youth may foretell the resurgence of malnutrition in Taiwan as a public health issue.

Recent research also suggests that cultural norms may perpetuate patterns of malnutrition in Taiwan. Researchers Lin and Tsai find that girls born to “marital immigrant” parents (in which one spouse — usually the wife — hails from abroad, typically Southeast Asia in the case of Taiwan) are significantly shorter and lighter than Han Chinese girls. Lin and Tsai note that Taiwanese men who marry immigrant women are disproportionately disadvantaged economically and physically. These men face immense pressure to preserve the family line, leading them to spoil their sons at the expense of their daughters. Given such ongoing changes in Taiwanese society, malnutrition in Taiwan may prove more intractable than previously thought.