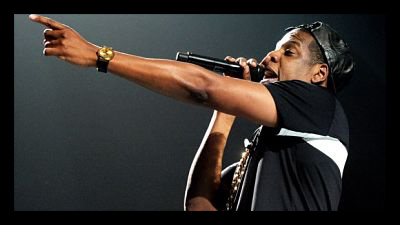 Extreme poverty, defined as living on less than $1.25 per day, consumes 1.2 billion people of the world’s population. Fortunately, awareness of this problem is beginning to penetrate the mainstream and even many celebrities are starting to take action. Jay-Z, Carrie Underwood, Tiesto, and other well-known artists are set to headline the Global Citizen Festival on September 27th at Central Park in New York City. This festival is aimed to highlight the goal of ending extreme poverty by 2030.

In regards to the festival, Jay-Z stated, “Change only takes place when and where there is action. I’m joining the 2014 Global Citizen Festival because I believe through actions, whether it be by raising awareness, getting involved or educating ourselves, the goal to end extreme poverty by 2030 is possible.”

The Global Poverty Project has taken the initiative to create this festival not only to raise awareness about the issue, but also to increase the number of people participating in poverty-reduction efforts. In order to maximize attendance and participation in such efforts, 45,000 tickets will be distributed free of charge for participating in Global Citizen’s online platform.

Many may argue that a concert, even with such famous artists, will not do much to alleviate extreme poverty around the globe, but the statistics show otherwise. In the past two years of Global Citizen Festivals, with performances by John Mayer, Alicia Keys, The Foo Fighters, and Kings of Leon, actions taken by concert attendees generated $1.3 billion to put toward poverty reduction programs, as well as commitments from 35 world leaders to aid the poor. Although much more funding and aid is needed to eliminate extreme poverty, $1.3 billion has saved lives.

In terms of participation, exposure, and timing, the Global Citizen Festival has been very strategically organized. This festival is set up to reach the widest audience possible by having iconic artists from three completely different genres of music come together to perform at the same concert, attracting people from many different backgrounds. The festival has also established partnerships with mainstream media outlets, such as NBC and MSNBC in order to reach people on a national level as well.

September 27th is a very important date for the festival to be held because it coincides with the United Nations General Assembly, where leaders from all over the world will gather to discuss public policy and international affairs. The fact that this festival is on the same day will give added inspiration to these leaders to commit to providing even more funding from their nations for international aid development to reduce extreme global poverty.

Besides eliminating extreme poverty by 2030, the main goals of this years’ Global Citizen Festival include bringing vaccines to the world’s poor, expanding education to the 60 million adolescents who are not provided the opportunity to learn and increasing conditions of sanitation to prevent disease and other problems.

In the fight against global poverty, it is extremely helpful and important that celebrities like Jay-Z and Carrie Underwood use their spotlight of fame toward a worthy cause in order to raise awareness. The combination of high-profile figures, established media partnerships, and strategic methods of participation in poverty-reduction, has set this years’ Global Citizens Festival at an unprecedented reach.