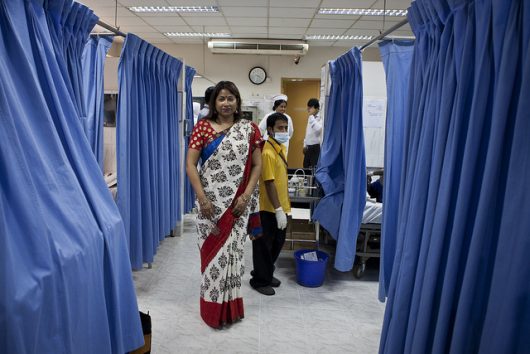 The Senate Committee on Appropriations made significant progress for improving global health on September 7 by approving both the FY 2018 State & Foreign Operations (SFOPs) and the FY 2018 Labor, Health, and Human Services (LHHS) appropriations bills. Both of these bills intend to allocate money to important global health initiatives.

After months of controversy surrounding President Trump’s drastic cuts to these initiatives in his proposed FY 2018 budget, funding in the Senate’s budget for all program areas was above the President’s FY 2018 budget request and either matched or exceeded final FY 2017 levels. The proposed levels of funding are a clear rejection of President Trump’s proposals.

Politicians from both sides of the aisle came together to offer bipartisan support. One uniting factor was the $2 billion proposed increase for the National Institutes of Health and $29 million increase in funding for the Department of Education.

The funding proposed in this bill will be very important for improving global health. The budget proposes funding of $8.6 billion to the State Department and USAID, which handle all the majority of global health assistance programs. This number represents a $2.1 billion, or 32.6 percent, increase from President Trump’s proposal. The budget also allocates $433.6 million to the CDC for global health.

Many specialized global health programs will benefit from this funding. Here are some of the highlights:

One especially important program receiving funds is the National Institute of Allergy and Infectious Disease (NIAID), which is working to combat antibiotic resistant bacteria. The prevalence of antimicrobial resistance is growing at an alarming rate and especially impacts developing countries.

The Senate’s approval of these bills has important implications for the future of global health. While much work still must be done to actually approve the budget, these numbers are certainly a step in the right direction and indicative of a commitment to improving global health.

Concerns for Human Rights in Canada Why Is Gabon Poor When the Country Is Rich In Natural Resources?
Scroll to top