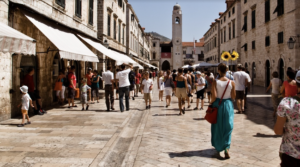 With over 1,000 islands and 3,600 miles of coastline, Croatia is the perfect tourist getaway. After facing devastating wars, Croatia has turned to tourism to boost its economy. Croatia’s beaches and national parks have become notable tourist attractions. In fact, 19.6% of the country’s GDP depends on tourism. The combination of its magnificent landscape and suitable healthcare has resulted in the emergence of a new type of travel in the Balkans: health tourism in Croatia.

The Yugoslav Wars resulted in freedom for the former states of the Yugoslavia Republic; Croatia gained its independence in 1991. The war affected the regions along the country’s borders of Serbia and Bosnia-Herzegovina. Unable to recover from the war, these regions became highly impoverished.

In 2013 Croatia joined the European Union. While the EU typically has 8% unemployment, Croatia’s unemployment rates are much higher, reaching 15.4%. The cost of living in Croatia is higher than in other Eastern European countries, making it more difficult for those in poverty to afford what they need. To provide relief, the country has implemented its “Strategy for Combating Poverty and Social Inclusion in the Republic of Croatia.” This plan’s purpose is to improve the condition of vulnerable groups and help those that are socially excluded by offering more opportunity.

As Europeans grow frustrated with healthcare in their home countries, they travel to other countries to access medical care. This innovative and growing trend has promoted the rise of health tourism in Croatia. Market Research Future (MRFR) projects that the global medical tourism market will grow 21.4% a year for the next five years. The reasons health tourism has grown in Croatia include:

The main concentration of health tourism in Croatia involves medical surgeries and wellness. Croatia specializes in popular medical procedures including plastic surgery, orthopedics and dentistry. Spa tourism encourages travelers to relax in the therapeutic resort town of Opatija. Tourists can explore the country while getting procedures all in one trip.

The same conflict that led to Croatia’s independence also brought about poverty and unemployment that continues to impact Croatians. In order to improve its economy, Croatia focused on tourism and created a strategy to combat poverty. Now, the country’s beautiful coastlines have become trendy destinations and health tourism in Croatia captivates vacationers. Improvements in healthcare have resulted in more Europeans flocking to Croatia for medical surgeries and therapeutic resort towns. Almost 10% of tourists visit Croatia for its healthcare, and that number is expected to grow. As the demand for health tourism in Croatia increases, this new industry can generate future economic benefits. – Hannah NelsonPhoto: Pixabay