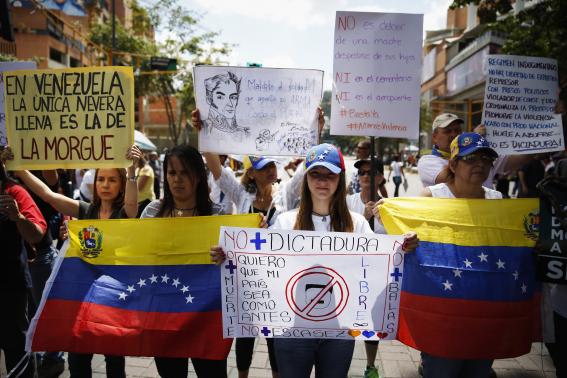 In January 2019, Nicolás Maduro won the Venezuelan presidential election, bringing him into his second term as president. Citizens and the international community met the election results with protests and backlash, which has only added to the conflict in Venezuela. The National Assembly of Venezuela went so far as to refuse to acknowledge President Maduro as such. Juan Guaidó, an opposition leader and president of the National Assembly, declared himself interim president almost immediately after the announcement of the election results, a declaration that U.S. President Donald Trump and leaders from more than 50 nations support. Russia and China, however, have remained in support of President Maduro.

During his first term as president and beginning in 2013, Maduro has allowed the downfall of the Venezuelan economy. His government, as well as his predecessor, Hugo Chávez’s government, face much of the anger regarding the current state of Venezuela. Continue reading to learn how the conflict in Venezuela is affecting the poor in particular.

How Conflict in Venezuela is Affecting the Poor

Maduro’s aim was to continue implementing Chávez’s policies with the goal of aiding the poor. However, with the price and foreign currency controls established, local businesses could not profit and many Venezuelans had to resort to the black market.

Hyperinflation has left prices doubling every two to three weeks on average as of late 2018. Venezuelan citizens from all socio-economic backgrounds—but particularly those from lower-income households—are now finding it difficult to buy simple necessities like food and toiletries. In 2018, more than three million citizens fled Venezuela as a result of its economic status to go to fellow South American countries such as Colombia, Brazil, Panama, Ecuador, Peru, Chile and Argentina. However, nearly half a million Venezuelans combined also fled to the United States and Spain.

Venezuela is currently facing a humanitarian crisis that Maduro refuses to recognize. The opposition that is attempting to force Maduro out of power is simultaneously advocating for international aid. As a result, local charities attempting to provide for the poor are coming under fire from Maduro’s administration, as his government believes anything the opposition forces support is inherently anti-government.

In the northwestern city of Maracaibo, the Catholic Church runs a soup kitchen for impoverished citizens in need of food. It feeds up to 300 people per day, and while it used to provide full meals for the people, it must ration more strictly due to the economic turmoil. Today, the meals look more like a few scoops of rice with eggs and vegetables, and a bottle of milk. While the Church’s service is still incredibly beneficial, it is a stark contrast from the fuller meals it was able to provide just a few years prior.

The political and economic conflict in Venezuela is affecting the poor citizens of the country in the sense Maduro’s administration is ostracizing local soup kitchens and charities. A broader problem facing the poor is that because Maduro refuses to address the humanitarian crisis, international organizations like the International Committee of the Red Cross (ICRC), UNICEF and the World Food Programme (WFP) are unable to intervene and provide aid.

There are non-governmental organizations (NGOs) that are making an effort to help Venezuelans suffering as a result of this crisis. One of the easiest ways they can be of service is by providing aid and relief to citizens who have fled to other countries. Project HOPE is an organization that currently has workers on the ground in Colombia and Ecuador to offer food, medical care and other aid to those escaping the conflict in Venezuela. Project HOPE is also supporting the health care system in Colombia in order to accommodate the displaced Venezuelans there.

The current conflict in Venezuela is affecting the poor, but it is also affecting the entire structure of the nation. It is difficult to know what the outcome of this conflict will look like for Venezuelans and for the country as a whole. What is important now is to continue educating people about the ongoing crisis so that they can stay informed. Additionally, donating to Project HOPE and other NGOs working to provide aid to Venezuelans in neighboring countries would be of great help. With that, many Venezuelan citizens will know that people support them and are fighting to see progress.