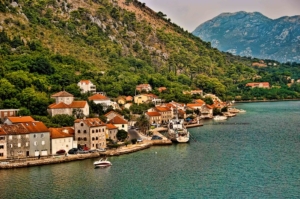 Montenegro is a country located in the western Balkans. Neighbouring Albania, Kosovo, Serbia, Bosnia and Herzegovina and Croatia, the country spans approximately 13,800 square kilometers of land. With an approximate population of 622,300 people, the country has very few homeless people at an estimate of 300 people. This is partly due to the country’s high socioeconomic development. With a low number of homeless people when compared to the majority of the globe, the Montenegrin government has recently taken interest in minimizing the number of people in need. Here is some information about homelessness in Montenegro.

The Montenegrin government officially defined the term “homeless person” in 2013. The legislation passed to officially recognize a homeless person as an individual that does not possess any property or means of living. They are expected to reside within a public space or center that is not habitable.

Four years later, there was a revision of the definition. In 2017, a homeless person was now defined as an individual that does not possess a residential address and is located within a public space or center that is not habitable.

The previous definition categorized people living in temporary conditions and conventional properties as homeless. However, the revised definition excluded them from being classified as homeless.

Montenegro’s government currently has insufficient information for a good estimate of the number of homeless people in the country. The 2013 national legislation is the only place where classification was introduced. As a result, homelessness in the country did not have accumulated data.

Alongside introducing the classification of a “homeless person” in 2013, the Strategy for Social and Child Protection System planned an initiative. This initiative determined the number of such individuals within the country. Due to the lack of existing records and failed attempts to implement the project, the statistics are only derived through social service facilities and unofficial sources. In 2015, several social service facilities reported that 36 individuals were homeless in Montenegro while other unofficial sources reported a different number ranging up to 300.

The low amount of homelessness in Montenegro is in part due to several government initiatives that have helped Montenegrins for decades. The global housing market remains highly unstable and worrisome to many. However, Montenegro’s government initiated its year-long Housing Mortgage for Low-income Persons project in 2010. This project yielded an overwhelmingly positive effect. Approximately 433 families and 1,239 Montenegrins did not have any more housing issues.

The country’s government launched phase two of the project nearly six years later in December 2016 to further deal with the housing issues. With a heavily funded €20 million project, the government was able to solve housing issues of more than 500 families. It also facilitated in subsidized mortgage and permanent housing processes.

As a neighbor to struggling nations such as Croatia and Bosnia and Herzegovina, the government of Montenegro has facilitated approximately 150,000 displaced refugees over the years. Working alongside the UNHCR, the country has assisted and provided asylum for many. With displaced individuals looking for housing facilities within Montenegro, the country’s government has constructed more than 1,300 housing units for refugees to settle into.

With strong project management and several positive initiatives, the Montenegrin government has been very keen on minimizing homelessness in Montenegro. Alongside the continued efforts on the government-level and support from international agencies such as the UNHCR and Regional Housing Programme, Montenegro has been continually providing its citizens and refugees with permanent and guaranteed housing for years.