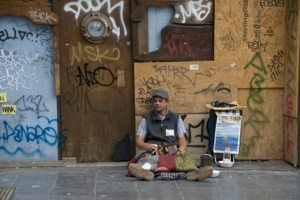 As a member of the European Union, Belgium has the privilege of having an advanced economy as well as relatively low unemployment and poverty rates. However, being a developed nation does not make a country immune to the hardships of homelessness. Here are four facts about homelessness in Belgium.

4 Facts About Homelessness in Belgium

The facts about homelessness in Belgium are daunting, but there are solutions to the issue. Of note, organizations such as the Citizens’ Refugee Support and The Platform, who work in homeless outreach and placement are helping to provide beds to the most vulnerable homeless group: migrants. While they have not yet been able to provide shelter for everyone in need, they continue to push the Belgian government for additional funding, as well as help their residents find long term solutions.