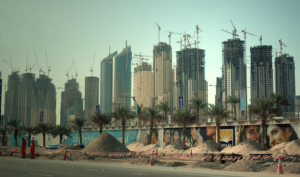 The United Arab Emirates (U.A.E.) has undergone many transformations throughout the years. This is because of the discovery of oil in 1958. In 1971, after gaining independence from Great Britain, seven different monarchies came together to form the federation that stands to this day. It is already a highly-developed country but continues to modernize and diversify. Moreover, many of the changes have to do with healthcare in the U.A.E.

The Evolution of the UAE

The U.A.E. has historically been very reliant on oil production with the region holding the fifth-largest oil reserve in the world. The availability of oil has been a great advantage to kickstart their economy and help it flourish into the second-largest economy in the Middle East. However, there has been a focus on transforming the oil-based economy into a service-based economy — similar to what is seen in other developed countries. Major infrastructure projects have been completed in the hope of making the U.A.E. a giant in the tourism industry. The country has made great strides from the era of British colonialism with a high standard of living and an estimated GDP per capita of $41,000.

Additionally, in past decades, the U.A.E. has worked to build off its oil-based society. Due to high temperatures, citizens of the U.A.E. are among the largest consumers of energy in the world. The government has looked to expand on alternative energy sources. In 2013 Abu Dhabi opened a major solar power plant, capable of powering up to 20,000 homes. Furthermore, in 2009, construction began on four nuclear power plants; one of them is currently operating.

Healthcare in the UAE

The U.A.E. has many advantages working in their favor when it comes to building a comprehensive healthcare system for its citizenry. As the U.A.E. was able to develop so quickly, consequently it lacks a current, deeply rooted healthcare network. The government can observe the most effective practices and employ the newest technologies. The quality of care in the U.A.E. has made it a hot spot for medical tourism.

In recent years, there has been growth in the private healthcare sector. As a result, healthcare in public hospitals is free for citizens. The government also subsidizes health insurance for citizens. The combination of premium quality care and low costs lead to world-renowned healthcare in the U.A.E. The system has been able to handle COVID-19 patients with relative ease. For example, 66,000 Emiratis have contracted the virus and only 370 have lost their lives.

Migrant Workers Slip Through the Cracks

Furthermore, the U.A.E. has gone through an unprecedented boom in the construction of skyscrapers. To fill their labor needs, the U.A.E. has a heavy dependence on foreign labor. Migrants make up about 90% of the Emirati’s population. Those 8 million migrants are mostly migrant workers from surrounding countries in search of economic opportunity. Employers exploit them while treating them as outsiders. They do not have access to the perks enjoyed by Emirati nationals. Less than 30% of Emirati, companies are required to provide health insurance to employees. Normally, only the most serious injuries receive medical attention. Additionally, construction work is very dangerous in the U.A.E.; between eight and 10 bodies are sent to their native countries, each month.

Although the U.A.E. is a very wealthy collection of states, they have been unable to guarantee quality healthcare for all. Migrant workers overwork for nominal wages. Whether it is by choice or a result of their societal structure, these laborers do not get to enjoy the fruits of their labor.