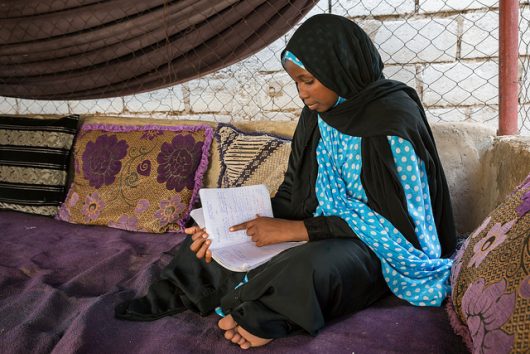 Mauritania is a deeply divided and struggling country. Slavery has only recently been legally abolished, about 20 percent of the population lives on less than $1.25 a day and over half of adults are illiterate. Although one of the biggest threats to Mauritania remains the increasing influence of Al Qaeda, poverty and lack of female educational opportunities are some of the worst perils facing Mauritanians in their daily lives. To understand the current reality of girls’ education in Mauritania, it is first necessary to know where the country has been.

Initially settled by Berbers and Arabs in the 3rd century A.D., Mauritania was a trading and transport hub for connecting West Africa to the Maghreb. In the 1850s, France came to control the territory militarily, leading a brutal regime of oppression. This regime left those living in the area profoundly divided between Arabs and Berbers and subjugated to subhuman conditions. By 1904, France formally established Mauritania as a colony, and in 1920, Mauritania became part of French West Africa and was subsequently administered by Senegal. Mauritania became an overseas territory in 1946; by 1958, the country was self-governing and became independent in 1960.

Shortly after Mauritania gained independence, a series of elections, coups and race riots took place through much of the latter 20th century. The elections and coups slowed to a considerably slower pace in the 2000s and the subsequent decade, providing Mauritania with some semblance of stability. This stability was vital; it allowed outside organizations such as the U.N. and UNICEF to offer much-needed assistance to the battered nation of 3.7 million. Between 2000 and 2007, for example, literacy declined nearly 8 points. This was primarily due to the Mauritanian government’s failure to dedicate any time, money or resources to education.

While Mauritania has had significant struggles with education, there have been signs of improvement and cases of success. For example, the NGO Global Partnership for Education (GPE) began funding the Mauritania Basic Education Sector Support Project. Over the course of this program, gross enrollment rates increased from 88 percent to 97 percent and completion rates rose from 53 percent to 71 percent between 2001 and 2012. Girls’ education in Mauritania also improved significantly; 21,168 adolescent females have been enrolled in lower secondary education in 2016, as opposed to 7,400 in 2014.

The Importance of Female Education

It is critical to recognize why female education in Mauritania is so important beyond the educational aspects. Girls’ education has been shown to lead to female empowerment. In a country so bitterly divided and struggling with social progress, support for women’s empowerment is a vital aspect. Improving education in Mauritania also improves poverty in the country. The United Nations Girls Education Initiative reports that many young girls in Mauritania face dire poverty. Since only 53 percent of households have access to clean water, disease is common, and there is insufficient access to vaccinations. Girls’ education provides access to schools, which in turn provides access to the water and medicine many desperately need.