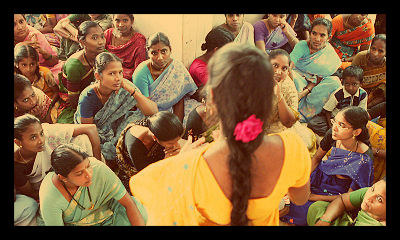 Friends of the Global Fight Against AIDS, Tuberculosis and Malaria, better known as “Friends”, is an advocacy organization that is working to expand and sustain U.S. support for the Global Fund to fight AIDS, Tuberculosis, and Malaria. The Global Fund was created in 2002 to support countries and programs in the fight against the three pandemics. From those distributing mosquito nets to protect families from malaria in Honduras, to those training peer counselors of teenagers diagnosed with HIV in South Africa, partners in tackling the deadly infectious diseases get support from the Global Fund. Friends has grown to become the leading source of information about the Global Fund in the United States, becoming its much needed voice in Washington, D.C.

Friends shares information with policy leaders and decision makers on the direction the Global Fund takes and the achievements it makes. Friends also ties together the two organizations’ communications and education goals by providing the Global Fund’s Secretariat, based in Geneva, Switzerland, with legislative counsel and strategic direction. Through these efforts, Friends is able to foster collaboration and mutual support between the Global Fund and the U.S. government’s AIDS, tuberculosis, and malaria efforts.

As of December 2012, the Global Fund had approved about $23 billion in grant funding. These resources are provided to in-country partners that have donated HIV/AIDS treatment to 4.2 million people, detected and treated 9.7 million cases of tuberculosis, distributed over 310 million insecticide-treated nets, and reached 1.7 million HIV-positive mothers with services to prevent transmission to their children. Overall, efforts around the globe have reduced tuberculosis deaths by more than 40%, HIV incidence by more than 20%, and malaria deaths in Africa by 33%. In turn, communities have stabilized, human rights have improved, economic productivity has increased, and partnerships have been built.

Friends of the Global Fight was founded in 2004 to help advocate on behalf of the world’s largest public health financier. Since its founding, Friends has played a significant role in helping the Global Fund to increase funding from the U.S. government over the past few years. U.S. support for lifesaving programs increased from $345 million in FY2005 to $1.65 billion in FY2013. The following are just a few of the milestones that have led to Friends’ success:

Sources: Friends of the Global Fight, The Global Fund