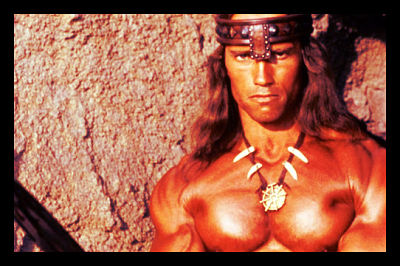 The sixty-six year old Austria native, Arnold Schwarzenegger, first began his career in American politics in 1990 when he was appointed Chairman of the President’s Council on Fitness and Sports under the administration of George H. W. Bush. Little did he know that just thirteen years later he’d be serving as Governor of California–a title that would remain his until January of 2011. Listed below are five things that Schwarzenegger’s political career tells us about politics.

1. Anyone can become a politician.

This isn’t meant as an insult, but merely as a hopeful observation. A person doesn’t have to be born into a political background or wealth in order to hold an office.

Schwarzenegger had built a name for himself based on physical education, body-building and acting long before he ever made the decision to run for Governor of California. Upon election, Schwarzenegger went on to lead California politics for eight full years.

Political scientist Darrel M. West comments on celebrities in government, “There are a number of factors that have made it possible for celebrities to run for elective office. One key aspect of celebrity politics in the post-World War II period has been the emergence of television and its enormous ramifications for the political process.”

A person doesn’t have to work their whole life climbing the political ladder to succeed in politics. Schwarzenegger didn’t.

At the age of twenty-two, he was winning the Mr. Universe competition. By thirty-five he was starring on the silver screen as Conan the Barbarian. It wasn’t until he was forty-three years old that his involvement with politics began. This just goes to show that it’s never too late for a person to make their voice heard.

4. Being goal-oriented will get you far.

Schwarzenegger’s entire career began with a simple dream to be more than ordinary. His parents wanted him to become a police officer, like his father, but he was too ambitious for such a mundane job. Against many people’s wishes, he made a career for himself in body-building and used that as his “ticket to America.”

He later wished to transform himself into an actor, and after much criticism and perseverance, was able to achieve this goal. When he decided that he wanted to get involved in politics, he made yet another transformation. Though he knew that switching to a new career as serious as politics would be difficult, his determination took him all the way to governance.

In a Huffington Post article, Fred Whelan & Gladys Stone write, “Whatever your opinions are of Arnold Schwarzenegger, he’s a great example of what happens when you go after goals despite what people (well-intentioned or otherwise) might say.”

5. All dark secrets will eventually come to light.

Though Schwarzenegger had what most would call a successful political career, he received much backlash after his split with his wife of twenty-five years, Maria Shriver, once it was revealed in May 2011 that Schwarzenegger had fathered a child more than fourteen years earlier with housekeeper Patty Baena. The scandal was the subject of much media attention and had many Americans questioning the morale of the former governor. In politics, nothing stays hidden.

Though Schwarzenegger’s political career has come to a halt, he still continues to be a great subject of learning for American politics.