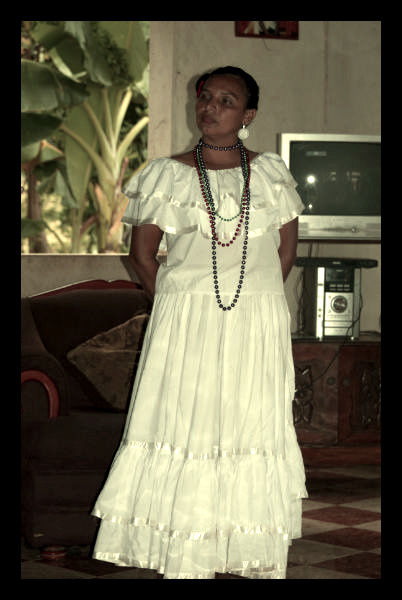 Since the start of 2013, a huge focus in the humanitarian world has been on the benefits of small entrepreneurial endeavors in developing countries. Due to global financial crises and budget cuts, especially here in the United States, investors are becoming more picky with where and to whom they are sending their money to. In many cases, they have opted for private organizations that directly put the money in the hands of local men and women who are making immediate and visible changes in their communities.

Ana Cecila Acuña is such woman. Despite her meager circumstances, having grown up in a small village in Nicaragua, her parents instilled in her a confidence that would help her dictate her own life and propel her towards success. A big obstacle that Acuña and many other women in her position have been able to overcome is making a name for themselves in a patriarchal society where not only does man dictate home life but also all outside business and negotiations.

Ana established a small home business selling oil and rice with the help of microloans from the nonprofit Opportunity International, managing to expand her business as well as to incorporate 20 other women and their ideas into the project. This venture led her to gain a seat on the board of the La Laguna Community Cooperative. A local political organization run exclusively by men, the Community Cooperative was in charge of handling the village’s affairs. When Ana recognized a fault with the way things were going, she decided to make the change herself.

Opportunity International, which started in the 1970s, is a microfinance nonprofit that has been providing loans, saving opportunities, insurance, and finance training to entrepreneurs in over 20 countries. After working with Ana and her small business, they funded the Cooperative with a $10,000 loan. The money was used to build a well in the village, providing close access to water for over 200 families, a luxury that the Cooperative was not able to figure out on their own. Instead of walking four miles by foot each day, the water is sent directly to the village homes through a piping system that was also installed.

Acuña’s achievements are remarkable for two specific reasons: the first is because of her socioeconomic standing prior to forming her business and joining her village government and the second, because she is a woman. Women in developing countries are being looked at to lead the escape out of poverty for their families and communities. Gayle Tzemick Lemon of the Huffington Post recently reported on the increase of female entrepreneurs and that “when women have income coming in research shows that the entire family benefits in the form of better nutrition and health”.

It is important to keep in mind the potential that every single human being possess. Whether they live in Angola or Arkansas, the entrepreneurial spirit is embedded in all of us; it simply needs encouragement, a bit of hope, and of course a little bit of money.