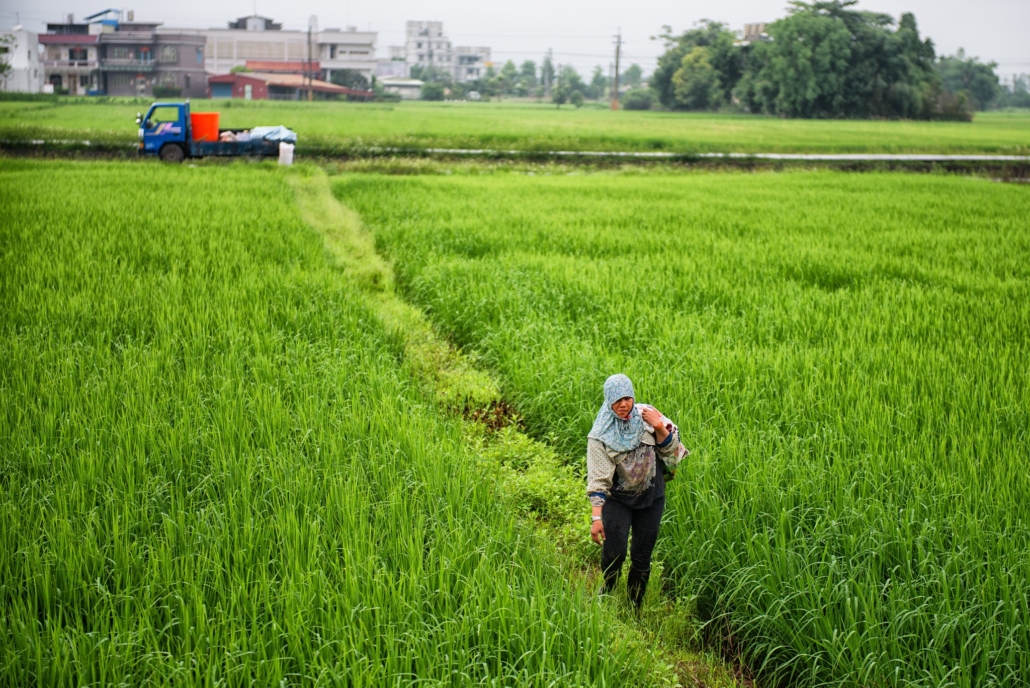 For the first time in nearly 60 years, not a single typhoon hit the island of Taiwan in 2020. With no typhoons and little rain otherwise, the current drought in Taiwan is the worst the country has endured in decades.

Although droughts occur every few years, the current drought in Taiwan has brought water levels in the country to alarmingly low levels. Reservoirs in the country are very dry, with some reaching less than 10% total capacity. So far, the drought has lasted for more than 18 months. With 2021’s rainy season already nearly over, the end for Taiwanese citizens and farmlands is nowhere in sight.

Doughts have hit Taiwanese farmers particularly hard. The Taiwanese government has stopped irrigating more than 74,000 hectares of farmland. This was to conserve water and protect the island’s booming microchip manufacturing infrastructure. Manufacturing giant Taiwanese Semiconductor Manufacturing Company (TSMC) reportedly uses up to 156 million liters of water daily while recycling an estimated 86% of consumed water. Farmers have transitioned from traditional crops including rice to low-water crops that include watermelons and sunflowers.

Poverty rates in Taiwan are low in comparison with poverty rates globally — with roughly 1% of the population “poor or belonging to the low-income bracket.” However, the drought in Taiwan will hit the rural poor the hardest. Poor farmers will suffer as landowners accept government subsidies in exchange for leaving farmland fallow. The farmers are unable to speak their minds for fear of angering the landowners.

Manufacturing giants including TSMC can use a portion of the profits to transport truckloads of water from rainier regions in Taiwan. However, farmers have had to resign to sipping tea and bicycling around town as the lands crack under the beating sun. As one Taiwanese farmer, Hsieh Tsai-shan, told the New York Times, “being a farmer is truly the worst.”

The Struggle to Balance

The historic drought in Taiwan has highlighted shortcomings in the country’s handling of water across the nation. While some chide Taiwanese households for consuming too much water due to low water prices, others clarify that rainfall in Taiwan has been decreasing steadily over the past few decades.

The government has been working hard to address the drought efficiently. Taiwan depends heavily on microchip manufacturers, including TSMC, as a country. The TSMC accounts for “more than [90%] of the world’s manufacturing capacity for the most advanced chips.” Because of this, the Taiwanese government has authorized the companies to continue working within normal capacity. However, the companies recycle water at high percentages. Recycling does not fully make up the 63 million gallons of water TSMC consumed in 2019 across all of its manufacturing facilities.

The allowances for manufacturing companies come at a cost. The recent drought in Taiwan has decimated its farming industry. It is not unusual for the government to shut off irrigation on a large scale in order to save water. However, it has only been six years since the last shut-off and farmers are struggling as a result.

The government is not only helping manufacturers including TSMC. It is also helping farmers by:

Only time will tell how long this crushing drought in Taiwan will last. Through the Taiwan government’s work, it may be able to overcome its shockingly low poverty rate of 1%, or at the very least, prevent poverty from rising.

Progress Against HIV/AIDS in ThailandMental Health in Finland: The World’s Happiest Country
Scroll to top