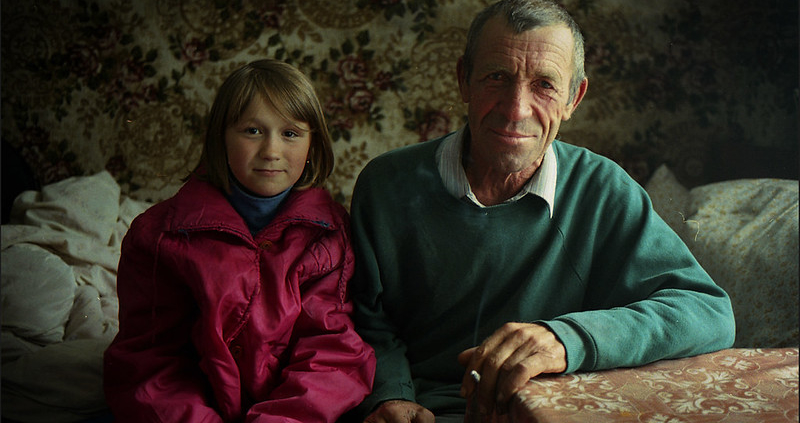 Anatomy of an Impoverished Country

Ukraine, Moldova and Kosovo a history of government corruption in common. In Moldova, the disappearance of $1 billion from the banking system in 2014 was due to various politicians. Losses like this, high public debt and detrimental business decisions have allowed corruption to thrive. This severely impacts growth potential.

Similarly, in Ukraine, the elite still controls the economy. The economy never healed from the dissolution of the USSR in 1991. Politicians with ulterior motives have quickly hijacked any start of the national budget, such as the military budget. Competition has disappeared in multiple sectors inhibiting growth. For example, politicians frequently make pricing decisions with business in mind rather than individuals.

The preservation of the elite interests blocks agricultural reform, while the monopolization of government funds by private bank owners shuts down bank reform before it can start. As well, the Ukrainian diaspora does little to combat this.

In Kosovo, the political climate remains volatile, with former Prime Minister Ramush Haradinaj having resigned in July 2019. The E.U. reported that the messy election process that followed in his wake lacked “constructive political dialogue,” in part due to the lack of minimum-member requirements to make forum meetings valid.

Following this, a caretaker government remained in place under the leadership of former Prime Minister Albin Kurti until the election of current Prime Minister Avdullah Hoti. The 2019 election revealed several unsavory truths about the state of politics in Kosovo. Voter intimidation tactics underwent deployment against non-Srpska Lista (the Serb List, a minority political party) candidates and supporters.

Whether the activities of the government include explicitly skimming funds initially for the welfare of the people, or suppressing voices when the nation has the potential to change, corrupt governments are all too common in impoverished countries. The elite seeks to protect specific interests and fund individual exploits at the expense of the people.

Countries that want to undergo consideration for E.U. membership need to meet three major criteria. The first requires the applying nation to have a stable, democratic government that protects human rights. The second is a competitive economy. The third is that the applicant must be willing to comply with the E.U.’s political, economic and monetary policies.

In joining the E.U., citizens of partnered countries access a market with diverse choices and stable prices, as well as a secure and lucrative economy. Moreover, the nation joins the global economy via the E.U., presenting a cohesive, prominent European identity. All of these factors lend support and power to the people, unlike when support and power are at risk under a corrupt government. However, an obstacle to E.U. membership that remains, is these formerly corrupt governments must meet a certain ethical standard.

The International Committee of the Red Cross

Fixing the main obstacles inhibiting these countries’ growth requires more than one solution.  While European Union membership could be a valuable resource and an incredible step forward for countries like Kosovo and Ukraine, they have to make several strides before they can receive membership. The International Committee of the Red Cross (ICRC) can help triage several of these issues, stabilizing the area to help get them closer to European Union membership.

For example, in Ukraine, where infrastructure has taken a hit with government corruption and negligence, the ICRC provided 850,000 people with water, due to trying to fix the sanitation sector and setting up waterboards. Meanwhile, 67 health care facilities received necessary supplies. Moreover, 120,000 obtained food, hygiene, cash aid for agricultural endeavors and grants for business opportunities.

Joining the E.U. is not a cure for poverty in Europe. Meeting the baseline criteria concerning human rights and the economy can be challenging for many impoverished countries. Additionally, E.U. membership is a partnership that does not have the intention of being a one-way deployment of aid.

For the E.U., the protection of human rights, a stable economy and a cohesive identity are important factors. The lack of these qualities often allows poverty to thrive. A weak and volatile economy leaves many citizens income-insecure, especially in places where minority groups receive poor treatment. Furthermore, corruption, like siphoning government funds, can prevent an economy from getting on its feet.

Organizations like the ICRC can help stabilize areas as it can help Ukraine and Kosovo obtain their daily needs and start growing their infrastructure. This would help them join the E.U. in which nations agree to make policies that will abide by the E.U.’s goals. This will allow nations like Ukraine and Kosovo to work more easily with other E.U. members and promote regional stability and consistency of policy and cohesion of identity.

Stronger together than apart, the E.U. provides more opportunities for individual nations inside to trade with those that lay outside the immediate vicinity.