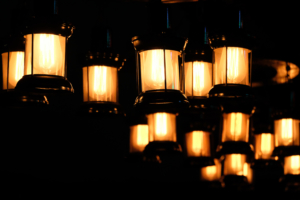 One of the latest trends in the development of anti-poverty measures in the EU is the focus on “energy poverty” or “fuel poverty.” It encompasses two dimensions. The first is the incidence with which a household provides adequate environmental conditions (heating and cooling) for its residents. The second relates to the ability of individual members to get fuel for their vehicles. Perhaps surprisingly, Portugal is one of the worst-affected states in the European Union despite its relatively mild climate in comparison to EU states further north. This article will examine details from the type of housing prone to energy poverty to the adverse health conditions. It will then offer potential means to address the sources of energy poverty in Portugal.

Unsurprisingly, energy poverty in Portugal does not comprise a neat package. Factors ranging from local climate, homeownership and the home’s architecture influence energy poverty. The methods a household employs to sustain its environment also impact whether it experiences energy poverty. Additionally, researchers show that these factors can influence whether a home is energy-poor:

Similarly, there is also a general profile that tends to fit the people that live in this type of housing, such as:

Yet, all of this merely helps to describe the problem, not substantiate it. What are the practical consequences of energy poverty for the people who have to struggle with it? And what are its implications for broader society?

It All Starts at Home

Studies that researchers have conducted worldwide demonstrate that members of energy-poor homes tend to suffer higher rates of diseases and higher rates of mortality. A study from 2014 found that Portugal had nearly twice the EU average of excess deaths in winter. Disputes have emerged as to how much excess morbidity one can ascribe to just cold housing. However, one cannot deny that the high prevalence of insufficiently-heated homes exacerbates other causes of excess death in the winter.

Moreover, homes that struggle with energy poverty tend to shelter people who are more vulnerable to these illnesses in the first place. For example, the elderly have more vulnerability due to having weaker immune systems in comparison to the young and the poor possessing fewer resources to advocate for themselves. Under international law, adequate housing is a human right that the state has an obligation to secure for its citizens. Therefore, this is a social problem that requires a societal response.

Among social scientists who study energy poverty, a disagreement exists on whether the solution to this problem lies with addressing household income or through renovating and/or replacing existing structures. In contrast, the main reason people shelter themselves in energy-poor houses is that they are affordable. Providing people with additional income to go towards rehousing could be an easy solution to this problem. Another solution could be augmenting people’s current living space.

In fact, the Portuguese government passed social tariffs on electricity and natural gas in 2010 and 2011. Respectively, the income passed on to populations the government deemed to be vulnerable to energy poverty in Portugal. While the extra income was marginally beneficial for the recipient populations, many consider it an inefficient answer to the problem of energy poverty.

On the other hand, the issue of housing itself also exists. Many of the homes these studies discuss are old public housing units that have not undergone renovations to meet the present standards. Retrofitting these structures with modern designs that incorporate better insulation and repairing existing heating and piping systems are labor-intensive and expensive. Yet the results of a successful renovation could lift more people from energy poverty than simply hoping that the markets will provide an adequate answer.

One can see the practical effects of this in nearby Barcelona, where a 2016 study found that there was a significant decline in cold-related mortality rates for public housing unit residents when housing interventions (i.e renovations) occurred on the building they lived in. Renovations are not a cure and they do not address privately-owned energy-poor homes, but they could mean a world of difference for public housing residents’ quality of life.

Energy poverty is an emerging field of study that has yet to experience full contextualization between its environmental, economical and socio-psychological aspects. Nevertheless, it is the new frontline in the war on poverty in Europe. Even in sunny Portugal, cold indifference costs lives yearly. Better is possible, so long as Portugal puts in the effort.