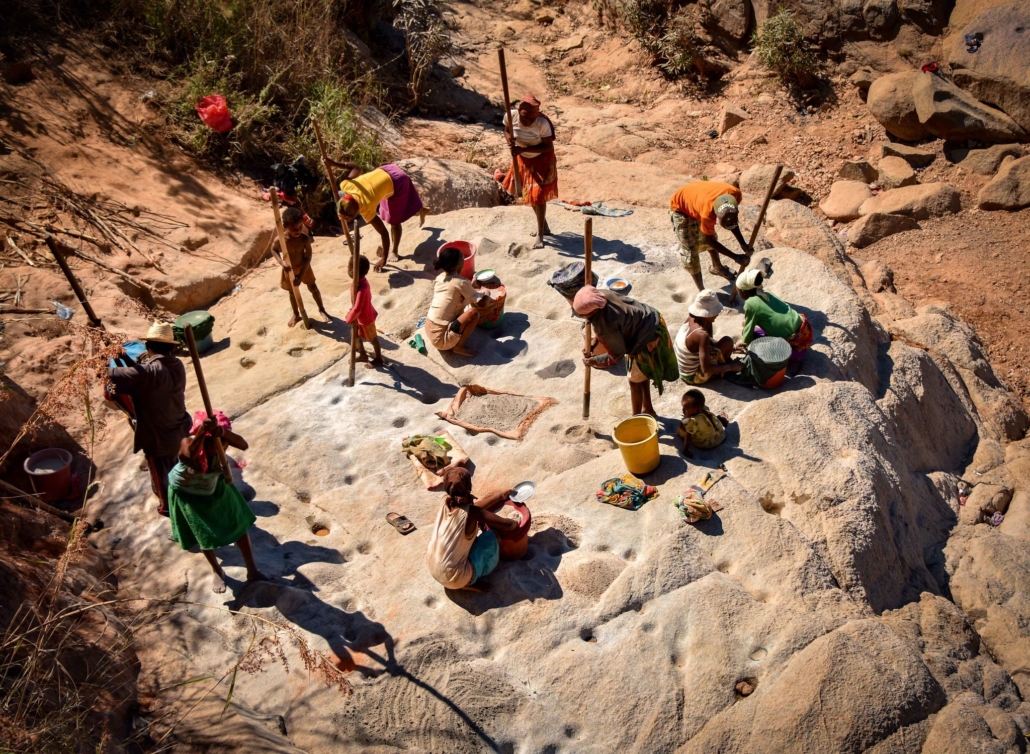 Despite Madagascar’s 74 percent poverty rate in 2019, the small African country has one of the fastest growth rates in the world. GDP growth hovered around 5 percent in 2018 and 2019 and projections determine that it will remain at that rate in 2020 and 2021. Public and private investments in infrastructure, mining, energy and tourism helped drive the country’s recent economic growth. However, poverty still remains high, especially in the more than 60 percent of the total population that works in agriculture. Increased economic growth in Madagascar is drawing international investors to open businesses in the country, creating jobs and stimulating further growth in the developing nation.

The main industry in Madagascar is agriculture. About 80 percent of Malagasy work in agriculture and approximately 86 percent of that number are in poverty. In addition, the country relies heavily on vanilla exports. The African nation is the world’s largest vanilla producer. Transitioning out of agriculture and diversifying the economy could help spur development. In 2017, the Economic Development Board of Madagascar helped reform the business climate to encourage outside investors to expand to the country. This also entailed fighting against corruption and money laundering. With Madagascar improving the business environment, international businesses may see potential in expanding to the island nation.

Mining is yet another area driving economic growth in Madagascar. Madagascar is rich in natural resources such as oil, gas and ilmenite. There are more than one million jobs related to mining in the country. Additionally, 30 percent of export revenue comes from mining. Madagascar is abundant in ilmenite, zirsill and monazite. Rio Tinto, an Anglo-Australian company, is one of the large-scale mining companies. About 90 percent of Rio Tinto’s employees in 2018 was Malagasy. Although mining tends to be part of land degradation, Rio Tinto agreed to restore wetlands and biodiversity to its previous state after it completes mining.

Tourism remains an important industry that helped increase economic growth in Madagascar. More than 250,000 people visit the country annually to bring in $748 million in tourism revenue. The tourism industry grew by 20 percent in 2016 alone. Hotel development is one growing sub-category that could potentially add jobs to locals, particularly those seeking higher pay than they receive in the agriculture industry. The Economic Development Board of Madagascar stated that 11 percent of total employment is related to tourism.

More than 70 percent of visitors to the country stay for two weeks or more, expressing the value these visitors place on the economy. International hotel chains took notice of the increased demand for hotels in Madagascar. Radisson Hotel Group planned two hotels and one apartment complex in the country in 2019. All three buildings should open in 2020. Marriott International is opening hotels in many African countries, and one country on its list is Madagascar. Hotel and tourism growth could promise more jobs to Malagasy.

Clean Energy for the Future

The energy sector has even greater importance than tourism. Only 15 percent have access to electricity, which is one main impediment to economic growth in Madagascar. This holds back the country due to energy being one foundation to a developed economy. Schools, hospitals and other buildings require power to function at their maximum potential. As a result, the government of Madagascar set its goal high with the challenge of attaining 70 percent of electricity access by 2030. The country is already making progress to reach this goal. The country’s largest employer, Groupe Filatex, is building four solar power plants that will generate 50 MW.

As of 2019, Madagascar’s total capacity was 500 MW. Groupe Filatex employs more than 15,000 people and will add more jobs in the future to meet the high demand. Lantoniaina Rasoloelison, Minister of Energy and Hydrocarbons, explained that the country’s energy policy for 2015-2030 supports the transition to the energy mix for electricity and lighting. This will include 80 percent of renewable resources.

International investors such as Radisson Hotel Group and Marriott International took notice of economic growth in Madagascar within the last two years. Three sectors seeing growth in the country are tourism, mining and energy. Additionally, the government’s goal of increasing electrification is a good next step to growing the country into a developed economy with less poverty and increased livelihoods. The addition of more jobs to these industries could reduce poverty.