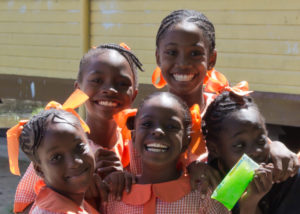 Guyana is a nation that is full of rich history. It received its name from its early indigenous populations who named it “Guaina” or “land of water.” Guyana was its own land for many centuries before the Age of Exploration. However, in 1498, Christopher Columbus was the first European to see the country and he claimed it for Spain. It was not until numerous decades and many European leaders later that the nation declared its independence in 1970.

Since declaring its independence, the nation of Guyana has faced many struggles including widespread poverty and hunger, however, throughout the past three decades, there have been significant improvements in both of these areas. The Guyanese government’s development projects as well as numerous nonprofits have made lasting changes throughout the country. Here are two examples of projects that have helped advance development in Guyana.

Due to long-lasting droughts, high rates of emigration, political uncertainty and many other factors, the nation of Guyana has experienced many economic stalls throughout its time in independence. In addition, competing parallel markets and decreases in agricultural production have played roles in Guyana’s economic struggles. In the 1980s, the country faced a complete economic collapse, while also having almost 50% of its population living in extreme poverty.

In an effort to address these issues and approach development in Guyana from an economic standpoint, Guyanese President Desmond Hoyte announced his Economic Recovery Program in 1988. The goal of this project was to restore economic growth, absorb parallel markets, eliminate payment imbalances and to normalize international financial relations. In order to meet these goals, the government liberalized harsh regulations on foreign exchange relations, removed price controls on key goods and devalued the Guyanese dollar to match market rates. These were only some of the decisions and changes that Hoyte and his government made while implementing his program, however, each of them was very impactful in its own ways.

Almost no positive change occurred within the first two years of the project and there were even some negative effects. However, by 1991, Guyana’s debt had lowered to a point at which the nation could receive international loans and foreign investment had surged. This program was the foundation for the nation’s sustained economic stability and opened the door for further development and growth.

In an attempt to address these issues and disparities and to approach development in Guyana from a human capital standpoint, the Guyanese government and the GPE decided to make a long-term investment in the nation’s education system. This program focused on strengthening teacher forces through training, constant monitoring and evaluation. It also provided students with learning materials in the form of resource kits and teacher use manuals. The project also held training sessions for the primary caregivers of students across the nation in order for them to be able to support their children’s education at home. This project took a very well-rounded approach to mitigate education disparities and issues in Guyana and continues to have a lasting effect today.

According to the Guyanese Ministry of Education, this program helped improve literacy rates within students living in the hinterland and riverine regions by 139% and improved numeracy rates by 133%. There were also significant improvements within coastal and urban populations. Although this project ended in 2018, the Guyanese government made sure that it could provide identical services going forward in perpetuity.

A Bright Future Lies Ahead

Guyana has proven to be a model for development and growth. The projects and programs that have emerged throughout the nation have turned the country around and set it on a positive path towards continuous success. These projects and many others have accelerated development in Guyana and have made clear that the possibilities are endless for this small South American country.