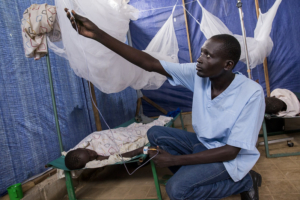 South Sudan is a country in North Africa, bordering the Central African Republic, Sudan, Ethiopia, Kenya, Uganda and the Democratic Republic of the Congo. According to the World Bank, the world’s youngest country is experiencing a humanitarian crisis and two-thirds of the 11.4 million population is in need of humanitarian assistance. Of note, the World Health Organization states the average life expectancy is only 57 years of age. The rate of maternal deaths is 789 per 100,000 live births, 37.9 for neonatal deaths and 90.7 per 1,000 live births for children under 5. Communicable diseases are the leading cause of death, with malaria, diarrhea and pneumonia being the biggest killers of children under 5. Below are the deadliest diseases in South Sudan.