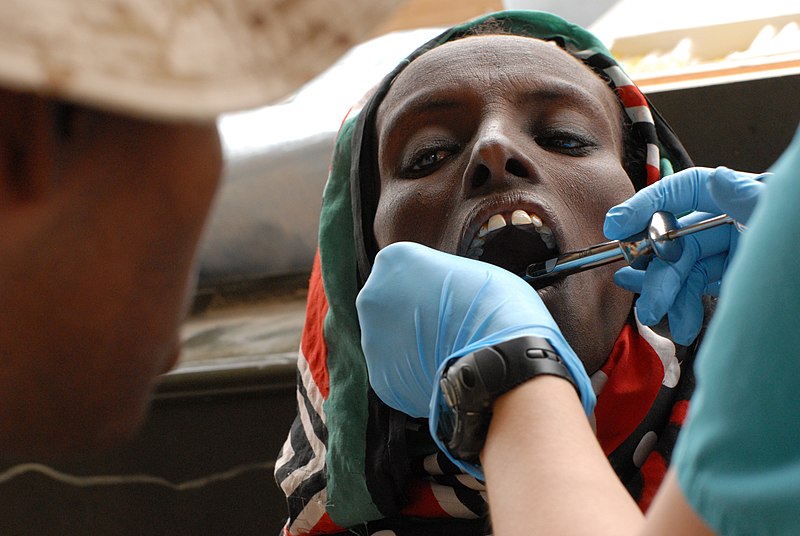 Djibouti suffers from a deadly combination of limited healthcare facilities and extensive health problems. With the help of foreign assistance from nations such as the United States, healthcare in Djibouti may be able to overcome these challenges.

Djibouti, officially named the Republic of Djibouti, is an African country located in the Northeastern quadrant of the continent. It forms part of the Horn of Africa, along with Eritrea to the North, Somalia to the Southeast and Ethiopia to the Southwest. Djibouti stands out as a significantly smaller nation than the other countries. Ethiopia, for instance, is 48 times larger than Djibouti.

Even more of a standout than its physical size is Djibouti’s population density. Djibouti has fewer than 1 million citizens — 973,560 as of 2019. In comparison, Ethiopia has more than 100 times as many citizens, with a population of 112 million people. Despite Djibouti’s small population size, the nation has historically struggled with poverty, a similarity shared with other countries in the Horn of Africa. As of 2017, 17.1% of Djibouti’s citizens lived on less than $1.90 a day — the very definition of extreme poverty.

One of the most significant consequences of this national poverty is extremely limited healthcare in Djibouti. There are many crippling health problems in the nation, but thanks to global efforts, action is underway to address these problems. However, there is still much to do to provide communities in Djibouti with accessible and affordable health care. With the help of the international community, Djibouti will be able to provide proper medical treatment to its citizens in the future.

Djibouti has a severe lack of health care facilities. The country’s capital has the nation’s highest concentration of medical facilities, and even still, there are very few. Moreover, the facilities can only fulfill limited emergency operations. For instance, trauma services are “only for stabilization and air ambulance transfer.”

Outside of Djibouti’s capital, the problem is astronomically worse. In many remote places, there is no easy access to health care facilities. The few health facilities in the country are limited to certain medical emergencies.

Djibouti’s health care workers often recommend that visitors evacuate the nation when significant medical treatment is necessary. This is naturally not possible for Djibouti’s citizens, who are for the most part out of luck when requiring hospitalization.

Organizations around the world are working to increase the capacity and concentration of health care facilities in the country. The United States Agency for International Development (USAID), for instance, has helped fund the cause for many years to date. USAID provides much-needed assistance to “support health facilities in order to increase service uptake.”

Foreign assistance is not only critical for expanding health care facilities in the nation but is also crucial in addressing the country’s most significant health issues.

Djibouti has a variety of deadly health issues that threaten the lives of the nation’s citizens on a daily basis. One of the most prevalent is HIV/AIDS, which greatly impacts the Horn of Africa. USAID focuses on supporting the government of Djibouti’s national strategy to fight HIV/AIDS.

Together, the organizations plan to create accessible prevention programs, improve the outcome for PLHIV (People Living with HIV) and bolster the evaluation of the “national response, coordination, management and monitoring” of anti-HIV/AIDS measures.

The cooperation between the United States and Djibouti is not only effective in addressing existing health problems but is also successful in preventing new ones. One such potential threat to the nation is polio.

Djibouti itself has been free of polio since 1999, but there have been a plethora of outbreaks in its surrounding countries in the Horn of Africa, such as Ethiopia and Somalia. As a result, USAID has increased polio awareness and surveillance. USAID also ensured that every child in Djibouti receives the polio vaccine. Thanks to these efforts, polio still remains undetected in Djibouti.

Amid the COVID-19 pandemic, Djibouti will not only face COVID-19 but also other serious health problems such as malaria, dengue fever and tuberculosis. It will take multiple nations fighting for better healthcare in Djibouti for the nation’s health care facilities to adequately handle these threats.

The people of Djibouti are living in extreme poverty. Their limited health care facilities alone are not enough to address the massive health problems in the nation. Foreign aid from countries such as the United States has been crucial to combating these health issues and developing medical facilities, giving individuals in Djibouti the opportunity to live longer and healthier lives.