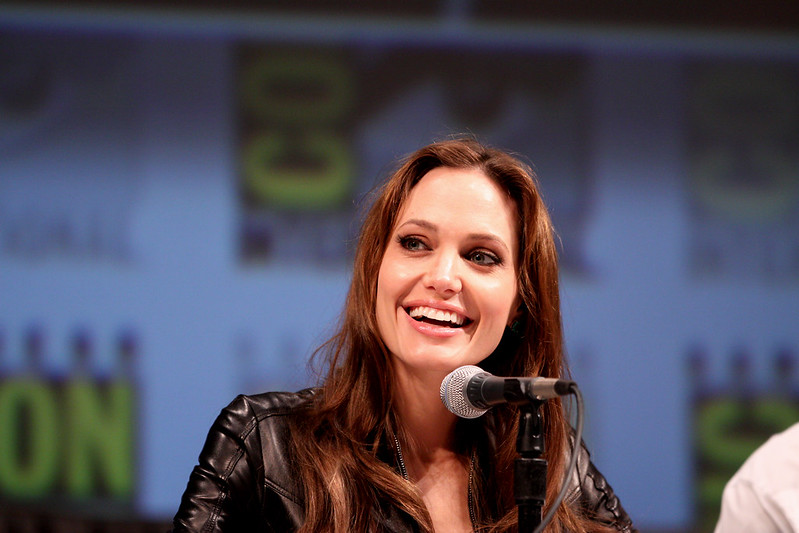 American award-winning actress, Angelina Jolie, supports Ukraine. Since Tomb Raider’s filming in 2001, Jolie has traveled worldwide, assisting refugees and raising money to fight global poverty. The Jolie-Pitt Foundation, which focuses on fighting against extreme poverty in rural areas, was founded as a means of helping humanitarian efforts by raising millions of dollars in support. It provides aid in nearly 60 countries to people who are struggling with violence, conflict, natural disasters and many other health-related issues on a daily basis.

In 1991, Ukraine declared its independence from Russia, right after the fall of the Soviet Union. From then on Russia and Ukraine have been head to head in multiple disputes over several different issues regarding keeping ties with Russia and joining NATO.

In 2014, the Ukrainian region of Crimea was annexed by Russian forces. This launched a series of brutal retaliations that eventually led to the split between pro-Russian separatists and the Ukrainian army. The Ukrainian government reported the killings of around 15,000 people since 2014, according to Reuters.

On Feb. 24, 2022, Russia invaded Ukraine. In only three days after the invasion, Ukraine reported 352 deaths and 1,684 injuries among its people. From then on the Russo-Ukrainian war has continued to be an ongoing battle between Russia and Ukraine.

With over 7 million refugees fleeing Ukraine in hopes of escaping the turmoil of the war as of September 2022, Hollywood actress Jolie supports Ukraine by urging many to take the matter seriously.

In April 2022, Jolie traveled to Lviv, the largest city in western Ukraine, of her own will. Ukrainian woman Maya Pidhoretska spotted Jolie at a local coffee shop, stating “people just couldn’t believe that it was her,” The Washington Post reports. The actress wanted to personally observe what the refugees and the Ukrainian people are facing from the ongoing war, which positively surprised many local people as well as the refugees arriving in Lviv.

While there, she took the time to speak with people as a way of providing both support and comfort from an outside source. Jolie dedicated her time to talk to students at boarding schools and medical facilities.

Angelina Jolie Urges Support for All

Before her visit to Ukraine, Jolie made a stop in Yemen’s capital, Aden. She hoped to aid refugees as well as to draw attention to the vast need for support in Yemen. Jolie has been advocating for Yemeni refugees for many years. Due to the conflict between Russia and Ukraine, Yemen and other countries have lost substantial imports of wheat and other food supplies. Both Russia and Ukraine are among the world’s top breadbasket distributors.

Through an Instagram post, Jolie called for “an immediate end to the conflict and humanitarian crisis,” Global Citizen reports. Angelina Jolie supports Ukraine by recognizing the impact people can make on other countries suffering from the current war.

Although the Russo-Ukrainian war has been ongoing for many years, significant progress has been made. Notable figures such as Jolie have raised more awareness and support for Ukraine and other countries in conflict. As Jolie stated in a Global Citizen report, “Everyone deserves the same compassion…we cannot be selective about who deserves support.”