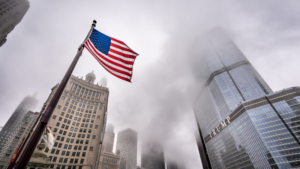 USCAN has been present at all major environmental summits. It aided in developing the policy at the 1992 Earth Summit in Rio de Janeiro and again for the Kyoto protocol in 1997. Since 2007, it has worked to lobby support for environmentally friendly policies against a notoriously resistant government, both at home and internationally.

Currently, USCAN is focusing on supporting five key areas. The first is the Clean Air Act, which regulates emissions and controls the quality of air and the impact of industrial activity on the ozone layer. The second is monitoring the international agreements the United States makes in order to cooperate with international efforts in conservation. The third is raising awareness regarding tar sands, where the U.S. extracts oil through a process that causes huge trauma to the environment, with the destruction of habitat, water wastage and the release of toxins that lead to cancer and respiratory infections. They conduct continuous climate polls to keep a finger on the pulse of the nation’s interest in climate change and environmental issues.

Recently, they have also been involved in garnering support and spreading awareness of President Obama’s Climate Action Plan, an extensive proposal outlining the steps the nation should take in order to balance economic progress with vital environmental conservation.

USCAN is part of a large group of organizations – 700 worldwide – working together to fight the rapid destruction of our environment. As an organization themselves, they have little sway but have collaborated to harness the power of several individuals and institutions to rally the support necessary to influence policymakers. As stated in their description, “Only by working together to build effective pressure on the policymakers at all levels of government will we win the strong actions required to confront the climate crisis.”