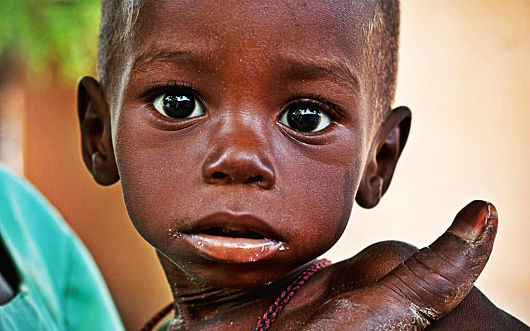 When focusing on the fight against poverty, hunger and malnutrition are two things that are frequently brought up. People tend to have an awareness of the concepts along with their prevalence, yet many facts tend to be ignored in discussions relating to malnutrition. Discussed below are the leading facts about malnutrition and their implications.

4. Scaling Up Programs to Target Malnutrition Worldwide Would Cost Only 11.8 Billion Dollars Per Year, According to the World Bank.
For context, the United States spent 618.7 billion dollars on military expenditures in 2013. The need for action is great, and action on behalf of the United States has never been more possible in the fight against hunger.

5. One in Four of the World’s Children is Stunted.
Being “stunted” is defined as having one’s physical and mental growth and development stalled due to a lack of food. This problem mainly impacts developing countries where the number has the potential to rise to one in three.

7. Half of All Pregnant Women in Developing Countries are Anemic
Anemia, a possible result of malnutrition, causes 110,000 deaths each year during childbirth. Women as a whole also tend to suffer more from malnutrition due to often-sexist norms relating to the issue.

Through understanding the facts that surround malnutrition, a shift can be made toward addressing the issue. The challenge is great and the global community’s ability and need to face that challenge is even more so. Only through a willingness to take action, can meaningful action be made.

FCC Proposal Seeks to Bridge the Digital Divide Tough as Iron: How an Iron Fish can Help Reduce Malnutrition
Scroll to top