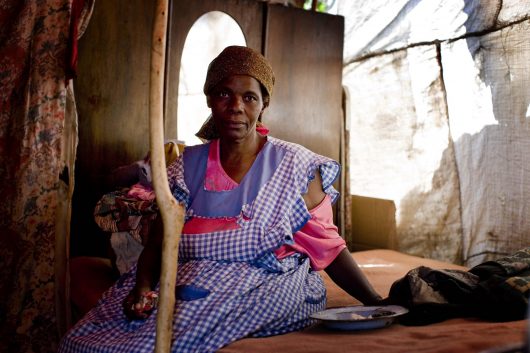 Zimbabwe:Works, beginning in 2012 and now ripe in its second phase since January 2015, is a collaborative project to enhance the careers of young Zimbabweans. Sponsored by USAID, the United Kingdom’s Department for International Development (DFID) and the Swedish International Development Cooperation Agency (Sida), Zimbabwe:Works implements programming in local non-governmental and private sector organizations to train youths in entrepreneurial skills, professional networking and financial literacy. In a shrinking economy, such assets might otherwise be denied young Zimbabweans, as would their chance to pursue meaningful, lucrative careers.

Through the Passport to Success (PTS) curriculum, young Zimbabweans are learning teamwork and career readiness skills which not only augment their economic futures but also impart a sense of confidence and self-worth. Already, nearly 4,000 young people in Zimbabwe have received financial literacy training since the inception of this second phase, and about half of these have accessed loans from microfinance institutions to build or develop their own businesses, with more than $12 million in ensuing net profits. With an aim to assist more than 22,000 by its conclusion at the end of this year, Zimbabwe:Works is providing young people with the financial legs for standing on to create and grow their own economic opportunities.

Zimbabwe:Works addresses the problematic and growing disconnect between current employment opportunities and young job seekers, and with Zimbabwean youth constituting 67 percent of the nation’s unemployed, the situation waxes urgent. For women especially, 21.2% of women between the ages of 15 and 24 are unemployed, compared to 11.7 percent of men in the same age demographic.

Addressing the capital of Harare last year, the Head of DFID Zimbabwe Annabel Gerry said, “Women and girls are over-represented in low-skilled, low-productivity, low-paid occupations. This project is going to provide young Zimbabweans, and women in particular, with skills and economic opportunity for themselves and the nation at large.” With an emphasis on the interconnectedness of gender equality and poverty reduction, Zimbabwe:Works has made the economic preparation of young women a particular priority.

To invest in the future careers and opportunity access of young people is to address poverty at its roots. The educational and vocational skills which Zimbabwe:Works provides a young generation not only facilitates the pursuit of individual success but reestablishes the foundations of a strong national economy. And with the serious weight placed on optimizing opportunities for women, Zimbabwe:Works attempts to address the “engendered nature of poverty” and end the social inequities which perpetuate national poverty.

Progress for Education in Sudan Despite Ongoing Conflicts Afghan Women: The Queen Bees
Scroll to top