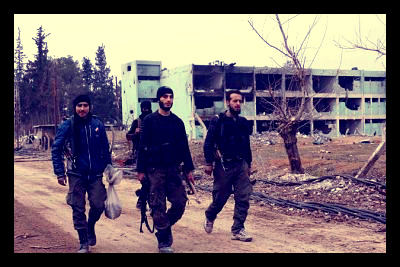 A rising number of young people, as reported by the New York Times, are leaving Europe and the United States before migrating to Syria to wage jihad against President Bashar al-Assad. Bashar al-Assad‘s dictatorial rule is currently being weighed against the threat that the rebellion, which the Western world seems to support, is creating a new generation of jihadists.

All across Europe, people ranging from teachers to intelligence officials are reporting an increased push by Islamist radicals to recruit young Europeans to fight throughout Syria.

A majority of the people being recruited are men, but even some young women have been drawn to the fight in Syria. The possibility exists that these radicals are fighting in hopes of establishing an Islamic state, according to German officials and experts monitoring the trend.

Both American and European intelligence officials estimate that 1,200 young people have left to join Syria’s rebel group, some even having ties to Al Qaeda. Moreover, French President François Hollande stated that French intelligence has counted 700 French citizens and foreigners who have gone to Syria from France while maintaining that he does not support these recruitments.

According to Al Monitor, Hollande explained that as long as al-Assad is in power, there will be no political solution in Syria. Hollande, in fact, believes al-Assad is using Islamists to pressure the moderate position.

Moreover, Germany’s interior minister, Thomas de Maizière, ranked international terrorism as his No. 1 problem, stating that his main concern involves the return of migrant youth from the Syrian battlefield with knowledge and training in the use of weapons and explosives. He reports that 240 people left Germany for Syria last year, most of them being young men from immigrant families unsuccessful at school or in life in general.

In Germany, the state of Hesse, where Frankfurt is, has been one of the main sources of jihadist recruitment for Syria. The interior minister of Hesse, Boris Rhein, told the Frankfurter Allgemeine Zeitung newspaper in November that jihadist religious extremism is “the greatest security policy challenge” of the 21st century.

This thought process may be behind the reason why $2.4 billion has been given in aid to Syrian Civilians. Despite this large amount of money, Ban Ki-moon, the United Nations secretary general, spoke at a donors conference, saying that $6.5 billion would be needed to provide the Syrian refugees and civilians all that they need for the year, according to the New York Times.

Secretary of State John Kerry expressed his point of view on the deterioration of Syria by explaining that the new aid will not be enough unless al-Assad stops “using starvation as a weapon of war” and allows the aid to reach those in need.

Another issue raising concern is that, historically, not all donor nations have followed through on their pledges. Therefore, despite the fact that $2.4 billion has been pledged it may not all come through. Throughout 2013 only 70% of the funding sought out by the United Nations for Syria was actually provided.