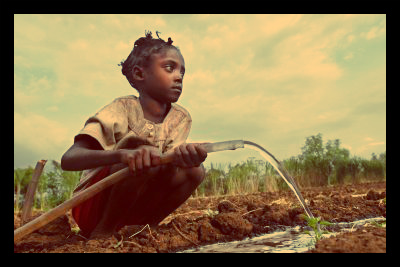 In Sudan, many parents are finding incentive to send their children to school because of the meals that the children will receive during the day. School related fees such as uniforms, books and writing utensils can be expensive for Sudanese parents; education often takes a backseat when money is tight.

World Vision’s Otash Girls and Boys Schools have helped children stay in school, eat at least one meal per day and have even raised the number of enrolled children .

The United States cost equivalent of feeding a child during the school year is a mere $34. That amount is incredibly small when you take a look at the big picture. Extreme hunger in Sudan can cause severe damage to a young child’s ability to properly think and remain physically healthy during future years. Poor nutrition will leave a child stunted because of the lack of necessary nutrients needed in order to function and develop.

The physical limitations of children due to severe hunger in Sudan not only affect them personally, but can also impact the country as a whole. Sudan is already struggling financially because of wars and displacement; now those wars have placed 3.7 million adults and children in a state of emergency food insecurity.

Without a basic education, the fear is that children and future generations will be caught in a cyclical lifestyle of severe hunger in Sudan. Now that dry ration food is served during the day at Otash schools, children are able to stay concentrated during the day. So far, 32,798 students located throughout Sudan are able to benefit from World Vision.