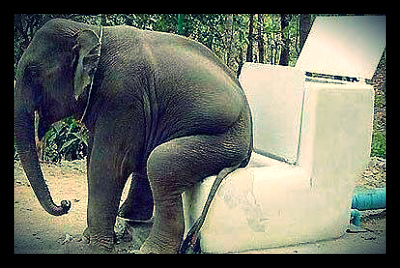 The first official UN World Toilet Day was on November 19. This day is meant to raise awareness of the billions of people who lack access to sanitation and toilets.

Why so much importance on sanitation?

Currently, more than 2.5 billion people worldwide lack access to toilets. This breaks down to one in every three people in the world. Additionally, one billion people practice open defecation- going outside without using a toilet. This lack of resources and education results in harm to infants and stunts the growth of young bodies and minds.

In India for instance, where open defecation is widely practiced, children are significantly shorter than children in Africa, who are much poorer.

Therefore, a sanitation program in India was introduced. The results of the program demonstrate sanitation services support cognitive functioning in children. Specifically, six-year-olds who had been exposed to the program during their first year of life were more likely to recognize letters and simple numbers on learning tests than those who were not.

Lack to access of sanitation and toilets also results in diarrheal diseases, which are currently the second most common cause of death in young children in developing countries.

Furthermore, lack of sanitation and toilets also threatens the welfare of women and girls. Without access to private and safe toilets, girls stay home during menstruation, causing them to fall behind in school and at times drop out altogether.  Additionally, women are most vulnerable to being sexually assaulted when they go to the restroom. Without access to a nearby private toilet, women’s vulnerability is only increased when they go outdoors or in a public space, often late at night and away from people.

Due to the unglamorous nature of the subject matter, toilets tend to take the back seat when it comes to awareness and fundraising. “We must break the taboos and make sanitation for all a global development priority,” UN Secretary-General Ban Ki-Moon said.