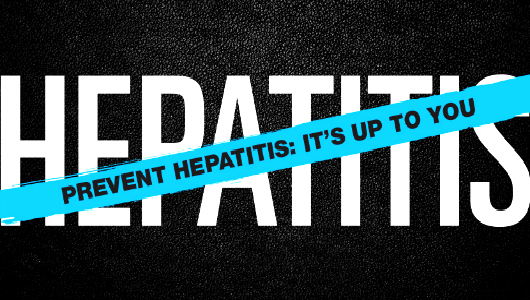 July 28, 2015 marked the sixth World Hepatitis Day, designated by the World Health Organization (WHO) in 2010. According to the WHO, there are 400 million people with Hepatitis B or C, 240 million and 150 million, respectively. This amounts to 1.5 million deaths per year from viral hepatitis, which translates to 4,000 deaths per day that could be prevented with awareness and understanding regarding prevention.

Despite the disease being the seventh leading cause of death, everything is available to prevent infection and death, according to WHO Global Hepatitis Program team leader Stefan Wiktor. The most common method for treatment are injections. An estimated 16 billion injections are done yearly. Unfortunately, 40 percent of them are unsafe. WHO is promoting the exclusive use of sterile syringes that are specific for hepatitis treatment, to prevent unsafe injections.

While both Hepatitis B and C attack the liver and cause acute or chronic illness, there are different methods to treat each of them. For Hepatitis B, there is a vaccine, lab tests to screen out infection and safe treatment injections. Treatment can control the virus, but doesn’t cure it. All the more reason to know that Hepatitis B is transmitted through bodily fluids, and usually happens from mother to child. It is most prevalent in sub-Saharan Africa and East Africa. Unsafe injections of Hepatitis B account for 32 percent of infections.

Hepatitis C provides a little bit more hope. Its medications can cure almost everybody, but they cost $84,000 in wealthy nations, for a 12-week treatment. Egypt has been able to negotiate $900 for the medications. WHO believes prices will go down in the future.

To prevent Hepatitis C, it is worth knowing that it is a blood borne virus which is most commonly transmitted with drug use. Unsafe injections account for 40 percent of infections. WHO Service Delivery and Safety Department Director Edward Kelley comments, “preventing unsafe injections is key to curbing this epidemic”.

Despite the expensive medications for Hepatitis C, there has been a breakthrough this year. An inexpensive allergy medication has been discovered to block the virus so it doesn’t infect the liver cells, according to the U.S. National Institutes of Health. The antihistamine, chlorcyclizine, and similar “re-purposed” drugs were tested for their effectiveness against viral and bacterial infections in a high throughput screening method used in the analysis of government-approved compounds.

The only thing left is to determine a therapeutic dose for its use in the treatment of Hepatitis C, potentially giving millions of people who can’t afford the current $84,000 treatment.