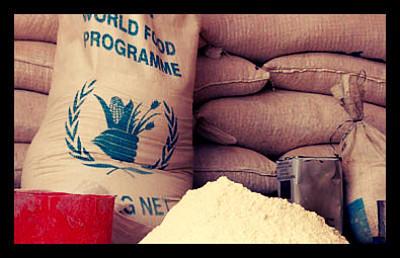 On average, the World Food Programme (WFP) feeds more than 90 million people in more than 70 countries yearly. In 2013, the WFP has focused its giving on refugees from the Syrian conflict that have been displaced by the fighting. The WFP has helped 3,000 people in February alone and plans on helping an additional 4,000 by the end of the month.

In order to receive the electronic vouchers which can be redeemed for food at supermarkets, the refugees must register with the UN Refugee agency (UNHCR).  More than 90,000 Syrians have been displaced by the conflict, yet only 15,000 have registered with the UNHCR.

The WFP has launched this campaign at the request of the Egyptian government and is focusing on only the most impoverished of the refugees who have drained their savings.

“WFP plans to provide assistance to as many as 30,000 Syrians in Egypt by June 2013,” said WFP’s Country Director and Representative in Egypt, GianPietro Bordignon. They work closely with the beneficiaries while implementing the program.  Egyptians have been  helping WFP by offering their homes “to be used for voucher distributions” and their voluntary contributions have impressed the WFP immensely.