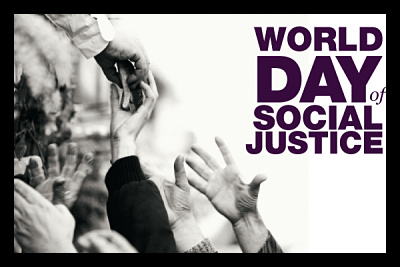 On February 20, 2014, the United Nations recognized the fifth World Day of Social Justice with this year’s theme focused on alleviating global inequality.

The UN’s Secretary-General Ban Ki-moon spoke about the theme, saying, “The gap between the poorest and wealthiest around the world is wide and growing. This situation is not only between countries but within them, including many of the most prosperous.” He went on to state, “The World Day of Social Justice is observed to highlight the power of global solidarity to advance opportunity for all.”

In 2007, the General Assembly of the UN announced that February 20 would officially be the World Day of Social Justice. The assembly made it clear that the governments of Member States would be invited to spend that day spreading awareness of the 1995 World Summit for Social Development’s objectives and goals. The day is meant to support all efforts to rid the world of poverty and reach full employment, gender equity and justice for all people.

In terms of social justice, the UN is seeing progress in its current causes and missions. The International Labour Organization recently adopted the Declaration on Social Justice for a Fair Globalization, demonstrating a strong commitment to social justice. The goal of the Declaration is to produce fair outcomes for everyone through employment, social protection, social dialogue and fundamental principles and rights in the workplace.

Mr. Ban discussed the dangers of the world’s growing inequalities, which create tension and strains existing issues within a society. Due to this increased tension, the economy can suffer as well as the general well being of society, with violence as a common result.

Mr. Ban also noted that, “There is nothing inevitable about inequality. Our shared goal should aim at taking practical steps to remove this formidable barrier to development and human dignity.”

This year’s World Day of Social Justice was centered on achieving the Millennium Development Goals (MDGs) and work on a post-2015 agenda. In order to do so, the UN believes that there must be an emphasis on social justice.

Social justice is closely connected with human rights, as promoting social development and equality helps to remove any barriers that people face because of gender, race, ethnicity, age, religion, culture or disability. In order to create a peaceful society and an environment in which people can coexist, we must be sure that maintaining and upholding human rights become priorities.

Since 1995, the UN has made progress in its efforts to improve international relations. General Assembly President John Ashe made a point of discussing the progress that has been made, such as the reduction of the number of people living in extreme poverty, improvements in health and progress toward gender equality, such as working towards equal access to primary education for all children.

Ashe spoke about plans for the future, including a 2015 agenda, in that, “We must serve the needs and harness the capacities of all members of our global family, especially women, the young, older persons and persons with disabilities, indigenous peoples and the poor and marginalized among us.”