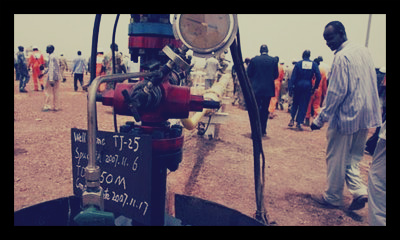 In the World Bank’s latest bi-annual publication on the economic climate in Africa, called Africa’s Pulse, the organization asserted that economic growth in various African countries remains at seven percent or higher, making the region “one of the fastest-growing in the world.”

The publication stated that due to the improving global economic situation, high commodity prices, and increased foreign investment in several countries on the continent, prospects for continued economic growth remain very strong.

The World Bank did concede that in order to continue current levels of growth, higher levels of foreign investment in infrastructure, particularly in energy, were needed to push developing African nations forward. The report also cited increased levels of agricultural production and food security as the main concern in reducing poverty.

The World Bank Vice President of Africa, Makhtar Diop, said, “Without more electricity and higher agricultural productivity, Africa’s development future cannot prosper. The good news is that governments in Africa are intent on changing this.”

Africa’s Pulse specifically cited a boom in the industrialization of Africa’s natural resources, including mineral extraction, natural gas, oil, and mining as a vital factor in promoting continued economic growth, and expects that by 2020, all but four of five of all African countries will be participating in industrial mining of some kind.

The World Bank went on to acknowledge the importance of African governments using increasing revenues to re-invest money back into regional infrastructure, education, and health care.

Punam Chuahan-Pole, the co-author of Africa’s Pulse and economist at the World Bank stated, “If properly harnessed to unleash their full potential, these trends hold the promise of more growth, much less poverty, and accelerating shared prosperity for African countries in the foreseeable future.”