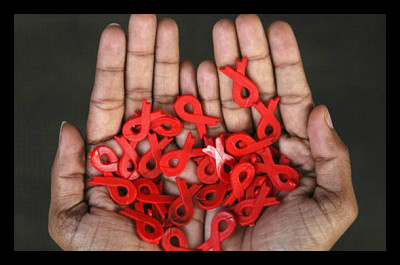 Currently, 35 million people in the world live with HIV/AIDS. Since 1981, 39 million deaths have been attributed to this disease.

The fight against AIDS has been a global, collective effort. It is outlined in Millennium Development Goal 6 and the United Nations has declared fighting AIDS a top priority.

While significant strides have been made against combating HIV/AIDS in recent years, the greatest concern of the United Nations Development Programme (UNDP) is that there are still too many new cases of HIV infections each year.

One of the primary ways that the world is working together against HIV/AIDS is through the U.S. President’s Emergency Plan for AIDS Relief (PEPFAR), which was established in 2012 and islargely guided by the Centers for Disease Control (CDC).

Currently, the CDC facilitates the growth and development of national HIV/AIDS programs in nearly 60 developing countries, particularly throughout sub-Saharan Africa. Through PEPFAR funding, the CDC leads programs aimed at tackling HIV/AIDS and eradicating the disease completely.

“The goal of an AIDS-free generation may be ambitious, but it is possible with the knowledge and interventions we have now. And that is something we’ve never been able to say without qualification before. Imagine what the world would look like when we succeed.”

PEPFAR outlines the framework to tackle all the areas that would stop the spread of HIV. The four main points include:

Despite the large number of new cases of HIV each year, significant progress has been achieved. Even the mortality rates due to HIV/AIDS have substantially dropped by 35 percent since 2005, which was considered the worst period for AIDS. In 2005, the number of deaths caused by AIDS had risen to 2.4 million people. By 2013, that number dropped to 1.5 million deaths.

One thing to emphasize is the importance of working collectively against this disease and finding new methods of treatment and prevention. The disease is not limited to third-world countries. Rather, no country has been exempt from finding new cases of HIV infections. While the highest instances of new HIV infections are found in sub-Saharan Africa, the first world has its share as well. For instance, there are nearly 100,000 people in the U.K. who live with HIV and in the U.S. alone there are currently 1.2 million people.

As the world joins together once a year to remember all those who have lost their lives to HIV/AIDS, support those currently battling HIV/AIDS and work together to bring sustainable solutions to eradicate the disease, one can celebrate the great strides already made and hope to see the virus destroyed forever.