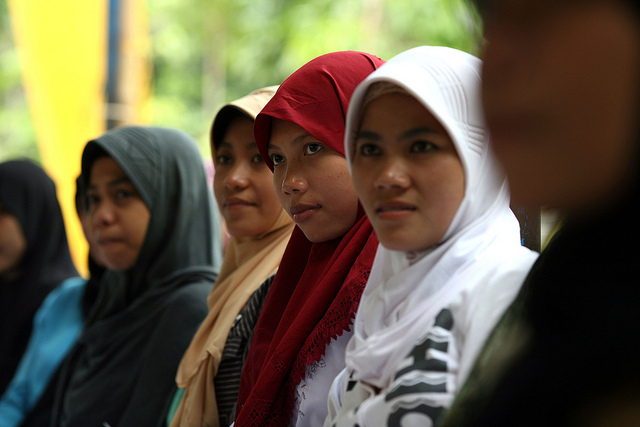 However, Indonesian women remained only moderately engaged in the labor market. Economic independence is a major factor in women’s empowerment in Indonesia. According to records, the female labor force participation is only about 51 percent in 2016, with the female-male labor force ratio remaining at 0.6.

Although multiple local organizations have tried to combat poverty and raise the standards of women’s lives, because of the ingrained cultural violence and neglect of these issues by the government, women’s empowerment in Indonesia remains a humanitarian crisis.

As the fourth largest telecommunication country in the world, Indonesia attracted Adrianna Tan’s attention, inspiring her to create a mobile phone app to empower women in an overlooked demographic. Her app Wobe is designed to help low-income Indonesians, particularly women, start their own business.

In Indonesia, transactions are mostly cash-based and buying and selling prepaid mobile phone credit is common, but with so many middlemen raising prices, it is challenging to make a profit.

The Wobe app allows anyone with an Android phone to buy directly from the three major Indonesian carriers. The Wobe users can then use the same technology to start their own digital business specializing in selling phone airtime, electricity, electronic train tickets and water vouchers.

“Our success comes in the form of the number of jobs we are able to create for women and other underprivileged folks in our fold,” said Tan.

Women’s empowerment in Indonesia has improved because of the advancement of technology. With the help of technology, women can become entrepreneurs themselves, change their current situation of financial exclusion and have a better life.