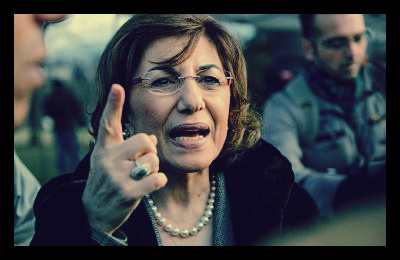 Head of United Nations women and former Deputy President of South Africa Phumzile Mlambo-Ngcuka has announced a goal to have at least 30 percent of the people attending the Syrian Peace Talks be women. She has gathered a team of Syrian women in Geneva, where the talks are to take place.

Many activists and officials say that ‘women’s voices cannot be sidelined’ during this process. Activists have been lobbying the U.N. to allow them to send women representatives to speak about their experiences during a civil war that has entered its third year. They would also like to see the U.N. appoint a gender advisor that can be a voice for women’s rights.

The talks are scheduled to take place on January 22. The talks hope to bring an end to the civil war that has claimed the lives of 100,000 people and created 2 million refugees fleeing to neighboring countries. Millions more have been displaced from their homes and are in desperate need of aid.  The civil war began when Syrian President Bashar al-Assad violently cracked down against anti-government protests in 2011.

Syrian activist Kefah ali Deeb spoke in favor of equal participation for women in the peace talks, “We cannot remain silent regarding events unfolding in Syria such as daily death, massive destruction, starvation of people and displacement of hundreds of thousands of Syrian families, in Syria and abroad, as well as the spread of terror, of violence, ongoing detentions, acts of kidnapping, destruction of infrastructures and the spread of diseases, particularly among children.”

It is estimated over 80 percent of Syrians that have been affected by the conflict and are in need of aid are women and children.

So far, the British Foreign Secretary announced its support for women inclusion in the peace talks. The British government has provided 200,000 pounds ($327,000) for that purpose.

International Arts in the Congo Yemen Calls to End Drone Strikes, What Does That Mean for the U.S.?
Scroll to top