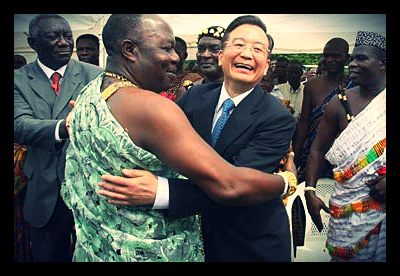 As industrial giant China extends an unlikely helping hand to Africa, one cannot help but wonder: “what is the catch?”

China has been aiding Africa for many years. However, in recent times, their international development work in the region has witnessed a vast increase. China’s interest in Africa is, not surprisingly, double-sided. Foreign policy and commercial objectives stand on the menu for Chinese ambassadors in Zambia, who, according to leaked cables, threatened to end the involvement between the two countries if a candidate opposing China’s power in Africa should retain popularity.

Although undoubtedly positive in their overall influence, Chinese officials seek to work with, and, for the benefit of the African government, rather than to focus on individuals needing help. What is beneficial for the ‘higher-ups’ does not necessarily affect regular citizens in the same way, who remain clueless about the impact of deals made concerning the export of resources and selling of land. A select few of African leaders are gaining fiscal success, while the rest of the country remains to live in deep poverty and having no way out of joblessness.

Not to be mistaken for altruism, China’s efforts in reforming Africa seem to be based on the potential for increased support from African countries for China in the United Nations. WikiLeaks provides evidence of bribes, which allegedly allowed a Chinese company to supply phone monitoring equipment in Kenya, further securing their influence in and control of the country.

Is there reason to worry? Certainly, China is making a hefty profit in Africa, albeit consecutively aiding the development of the country. The Chinese influence in the region continues to grow, and with that, their governing force outside of China. Military and security seems to be a rather large focus, but what is the true intent? Is China planning for strong armed forces within Africa some years down the road? The lack of transparency in the numerous China-Africa projects currently underway makes it difficult to tell.

At this point, after reviewing the WikiLeaks material, one thing becomes certain: China is not invested in Africa for the sake of the African people; China is in Africa for China. It would be unjust, however, to overlook the good that Chinese officials have accomplished in Africa. Despite China’s impure intentions for Africa, China’s efforts have born positive developmental results.