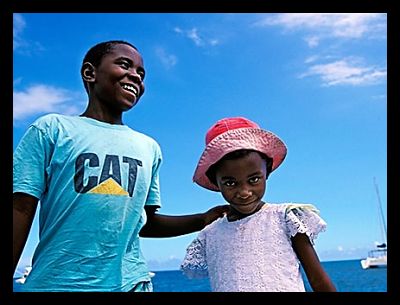 The Republic of Mauritius is a tropical paradise to dream for. Magnificent beaches and water are just a few of the main attractions that bring tourists from all over the world to visit. Mark Twain was once quoted comparing Mauritius to heaven.

While the island may be heaven on earth for some, it certainly has its challenges for others. Some locals of the Rodrigues and Mauritius islands, which make up the Republic of Mauritius, struggle to make acceptable incomes and provide for their families. Poverty in Mauritius is not as prevalent as in some neighboring islands, but it is still a problem. The population living below the poverty line is eight percent.

After gaining independence from the British in 1968, Mauritius hoped to create economic growth and independence. The IFAD Rural Diversification Program, funded by the United Nations, has helped them do just that. The program helps natives of Mauritius expand upon their skills and network themselves so that these skills can be recognized and they can make a real living off of them. This includes teaching farmers and fishermen on how to be efficient with proper harvesting techniques. They are then taught how to market their products to the public and become entrepreneurs.

Maryline Legoff, a Rodrigues island native, became certified by the IFAD in fruit and vegetable harvesting and production. Upon starting her own strawberry farm, Legoff traveled to the main markets of Mauritius with other women to sell their products. In total, the women took in 26,000 rupees.

Despite the flourishing tourism culture in Mauritius, nearly a third of the population live in poverty. This third of the population consists of the Creoles, descendants of African slaves. Women such as Legoff have proven that it is important to specialize in a skillset and to showcase this skillset to the world. The United Nations continues to work and help develop the natives of Mauritius into marketable, profitable workers.