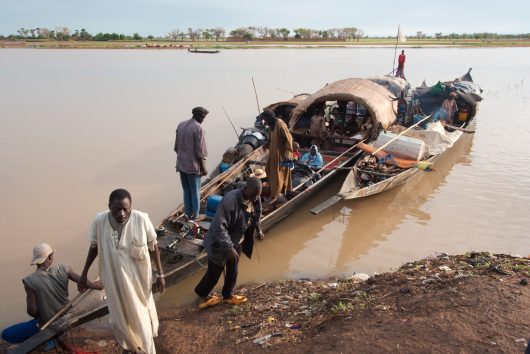 With no end in sight, the U.N. peacekeeping mission in Mali is the deadliest ongoing mission, and yet the country is rarely mentioned in the news. Since 2013, when the mission named MINUSMA was launched, more than 100 peacekeepers have been murdered. Despite the paucity of media coverage, there are a number of reasons why Mali matters and cannot be ignored.

Mali is located in a strategic area. It is a large country surrounded by poorly guarded borders. Its neighboring countries have been suffering from extremism and instability and could be devastated by turmoil in Mali. If Mali fell to extremists, it could become a launchpad for attacks on the surrounding countries. In addition, Mali has critical smuggling routes that help terrorists traffic in goods and people.

Mali is extremely poor. More than half the population live below the international poverty line, living on less than $2 a day. Though people from all socioeconomic backgrounds have the potential to become terrorists, extreme poverty seems to be a strong contributing factor to radicalization. One U.N. ambassador stated that “radicalization of otherwise law-abiding, responsible individuals [is] caused by a deep sense of collective frustration, deprivation and disillusionment.” Therefore, one of the ways to combat extremism is by improving socioeconomic conditions. MINUSMA aims to do just that by supporting political reform and assisting with humanitarian relief work.

The crisis that necessitated MINUSMA was largely caused by ineffective government. In 2012, Tuareg rebels joined Islamic militants in a coup d’etat. In 2013, with the help of al-Qaeda in the Islamic Maghreb, Ansar Dine advanced south and defeated the Malian army. Former CIA director Leon Panetta stated, “We have a responsibility to make sure that al-Qaeda does not establish a base for operations in North Africa and Mali.” If peacekeeping efforts fail, Mali could become a new hotbed of extremism.

One of the reasons why Mali matters is that hundreds of thousands of people have already become refugees or been internally displaced. In a nation that was already rife with hunger and malnutrition, the crisis has further exacerbated the situation. Young children, in desperate need of food, have become targets for jihadist recruitment. If the country continues on such a trajectory, the future for the country and even the region will be grim.

The costs of keeping the peace in Mali have been high, but the costs of allowing Mali to fall apart would be even higher. Knowing this, it is clear why Mali matters.