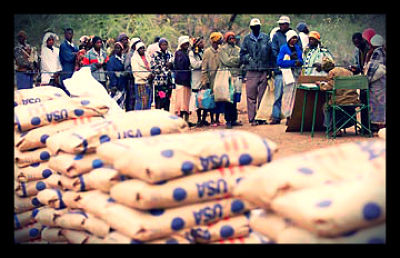 The House of Representatives is considering a bill that would reform the Food for Peace Act, which currently requires all agricultural commodities (i.e. food) in programs administered under the Act to be produced in the United States. The proposed Food Aid Reform Act amends the Food for Peace Act, but what does that mean for us here in the U.S.? Are we going to lose valuable American jobs by purchasing agricultural commodities abroad?

The Food for Peace Act is the bill that governs how we respond to emergency and nonemergency situations in other countries by providing food aid in times of need. Currently, the Act requires that all agricultural commodities be purchased in and exported from the United States to the target country, say, Country X. The reason this is a problem requiring a potential reform to this process is because of the high premium we pay for food in the U.S. versus the cost of the same food in Country X. That is, food may actually be much cheaper if purchased in Country X or a neighboring country.

Not only may food in Country X be cheaper, the cost of transporting food to Country X is astronomically higher as an international export than it potentially would be to transport it domestically. Especially if American food is being transported across oceans to arrive in Country X, the cost to both the taxpayer’s wallet and the environment are quite high in comparison to food being purchased a mere hundreds of miles or less away from the target area.

The Food Aid Reform Act changes the wording of the Food for Peace Act to allow agricultural commodities to be purchased in Country X or a neighbor of Country X to avoid the costs associated with purchase and export of American goods. Not only that, the Reform Act functions as an investment in the local economy of Country X, so that it may no longer need American food aid in the future. In that sense, this investment becomes an investment in our future.

Though there is an argument that we may lose a minimal number of jobs in the process of downsizing the rate at which we ship our food abroad for relief-type situations, the reform of our food aid system allows an investment in our future economy. By helping our friends across borders, we build future markets for American consumer goods. By the numbers, most countries to which we have offered aid have since developed consumer markets which, in turn, purchase goods from us. So, if the ethical argument isn’t convincing enough, consider the future of the American economy in reaching out to your local congressperson on these important issues. Your voice matters.