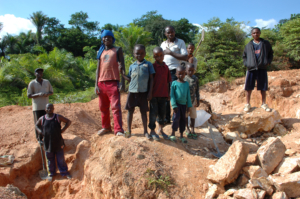 It is estimated that more than 54,000 children live on the streets of Accra, Ghana’s capital. These children are often exploited for cheap labor and work in the commercial sex industry. The number of street children in Accra more than doubled between 2007 and 2011, due to economic growth and unenforced child protection laws. In response to these concerning numbers, an NGO called International Needs Ghana conducted a study aimed at discovering why these children are so desperate.

The study focused on 13 communities in Accra and found that most street children in this highly populated, low-income city come from broken homes. If their parents are alive and present, they are often too sick or too poor to care for them. Some families choose to send their child with someone promising a better life in the big city, rather than allow them to suffer in poverty. However, once they arrive in Accra, these children are all too often taken advantage of. Child laborers endure backbreaking conditions and earn little to no pay. Meanwhile, child sex workers suffer traumatizing experiences and often become pregnant or contract sexually transmitted infections, due to the lack of condom use.

The breakdown of the family unit is largely being blamed for Accra’s increase in the commercial exploitation of children. Therefore, efforts are being made to stabilize families by empowering parents to care for their children. As part of a three-year program run by International Needs Ghana, 400 parents or caregivers of children victimized by or at risk of exploitation will be economically enabled. Meanwhile, 1000 children in Accra will be taken from the streets, rehabilitated, and integrated back into their families and society. These programs are being funded by the Australian Agency for International Development and the Ministry of Foreign Affairs and Trade, New Zealand.

The commercial exploitation of children is yet another negative side effect of poverty. When families face economic struggles, their ability to care for and protect their children decreases. By economically empowering these families, International Needs Ghana is both preventing children from being commercially exploited and working to end the cycle of poverty. And with 54,000 children in danger of exploitation in Accra alone, the world could use a lot more work like this.