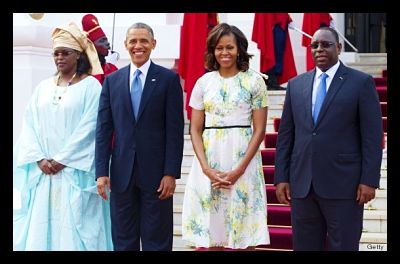 As President Obama and First Lady Michelle Obama prepared for their trip to Senegal, South Africa, and Tanzania, Oxfam created a list of issues President Obama and African leaders should focus on. The main theme of this to-do list was to transform African institutions into models of transparency and accountability specifically when it comes to resources.Fe

Over the next decade over $1 trillion in natural resources will be extracted from the African continent. Africa currently exports more that four times the amount of aid the continent receives each year. But the money from exports is not being used to build roads, schools and hospitals for the African people. Booming extractives industries often cause suffering to the African people. Many have lost access to agricultural land and several have not even received adequate compensation when they were forced off their lands.

Millions of Africans live on less than $2 a day. How can this be when there is an immense amount of resources in Africa? This resource curse has led to immense amounts of environmental damage and human rights abuses.

Offenheiser urges the President, “Tell your African counterparts to work to increase transparency in their budgets. Open payments from oil and mining companies to the light of transparency. Give African citizens knowledge about revenues from oil and mining companies. Let those citizens decide how to put their money to work for their own futures-let them claim their rights and fight for their own development.”

Offenheiser stresses the importance of agriculture in Africa. “The President’s Feed the Future initiative recognizes the central role that agriculture can play in driving economic growth and poverty reduction, but initiatives like the New Alliance for Food Security and Nutrition, which promote private sector investment in select African countries, must not distract from badly needed development aid to this critical sector. The President must address legitimate concerns raised by civil society organizations about this initiative.”