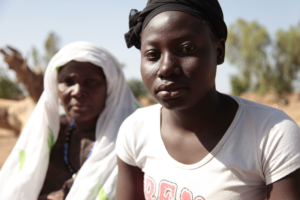 Practiced in 28 African countries, Female Genital Mutilation (FGM), also known as female genital cutting, is defined by the World Health Organization (WHO) as “all procedures involving partial or total removal of the external female genitalia or other injuries to the female genital organs for non-medical reasons”.

FGM prevalence rates vary widely across countries. In places like Somalia, Egypt and Ethiopia, the prevalence of FGM are as high as 98 percent, whereas in other countries like Nigeria, Kenya, Togo and Senegal, the rate ranges from 25 to 50 percent. It is more accurate to view FGM as practiced by specific ethnic communities.

According to the Foundation for Women’s Health, Research and Development (FORWARD), an African Diaspora women’s campaign and support charity based in the UK, immigration and refugee movements due to the numerous civil wars in these underdeveloped regions have spread FGM to other parts of the world, including Canada, the USA, Europe, Australia and New Zealand. FGM also has a history in the Middle East and in Asia, where Bedouin women, Ethiopian Jews and Bohra Muslim communities used to practice FGM, although it is unclear whether or not they still do.

Usually performed by elder women with no medical expertise, FGM is particularly dangerous and can cause serious health problems. The procedure, which rarely includes anesthetics or antiseptic treatment, consists in the ablation of the female genitalia and is mostly carried out using basic non-medical tools such as knives, scissors, scalpels, pieces of glass or razor blades. Herbal remedies are then applied to the wound to facilitate healing. Depending on the degree of mutilation, complications can include wound infection, psychological trauma, urine retention, severe pain and shock, considerable damage to the reproductive system, uterine, vaginal and pelvic infections, sexual dysfunction, complications during pregnancy and childbirth, and even immediate fatal hemorrhaging.

Generally performed on girls aged from four to ten, there are many reasons explaining the practice of FGM. Sociologically, many ethnic groups believe that preventing sexual desire by removing the female genitalia can guarantee the family’s dignity by avoiding pre-marital sex and adultery. In certain communities, FGM is so widely practiced because many women believe “that FGM is necessary to ensure their acceptance by their community; they are unaware that FGM is not practiced in most of the world.” Indeed, FGM is the heritage of traditional rites of passage to adulthood at the beginning of puberty. Although aware of the risks associated with FGM, many families feel obligated to do it to their girls because they fear social exclusion and rejection by going against traditions that are mainly transmitted by the community’s elders, who are usually the most respected. Finally, FGM is sometimes practiced for religious reasons, although it is not part of the dogma of the three main monotheist religions.

Since its creation in 1983, FORWARD has been fighting to prohibit FGM and avoid unnecessary deaths. Its “End FGM Campaign” has been raising awareness about the issue in the UK and on an international level, with the ultimate goal of banning FGM worldwide. Despite efforts to raise awareness about female excision, it remains an under-stated issue; many people do not even know what FGM is.