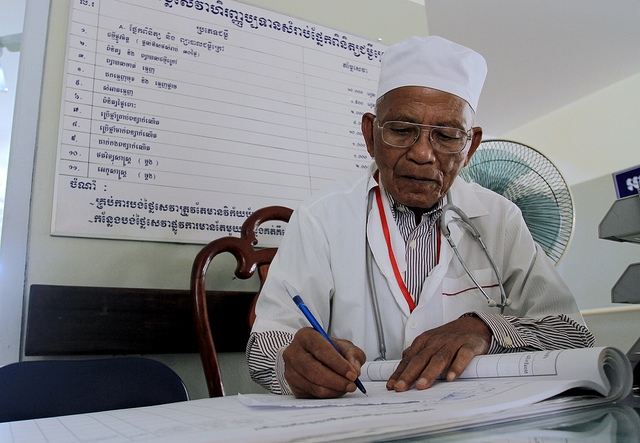 Poverty is on the decline. Since 1990, total people affected by poverty fell more than ever before — as many as 137,000 people per day. This dramatic decrease is often due to increasing economic activity, but yet, as developing countries reap the benefits of increasing GDP, new challenges arise. The very industries that built a country up can create new issues. Management of these issues often decides a country’s future success.

For this reason, developing countries need to think about what comes after poverty.

An Emphasis on Education

With new industries available to its citizens, many countries turn towards education. An example of this push towards education is present in Thailand — as the country has developed, education among children increased to record levels. At the same time, Thailand has seen rapid improvement in its economy.

Countries with less rapid improvement also benefit as a result of increased education. In Nicaragua, trade schools play a fundamental part in the country’s future. Internships with resorts and agricultural training help young people develop in-demand skills. Since both tourism and agriculture are booming industries, this training makes sense and education acts as an important tool to help countries wondering what comes after poverty.

Perfecting healthcare is an issue that several countries struggle with, regardless of income. For low-income countries, though, shortcomings in healthcare systems can be disastrous. These shortcomings are especially prevalent in countries that lack surgical workers. A low density of surgical works often brings a lack of available care and a lower life expectancy as a result.

In Cambodia, a low-middle classified income country, offering healthcare services is essential. Nonprofit-provided services like healthcare training and midwife education have helped care for thousands. These services, aimed to train healthcare professionals for the long-term, are vital. With a properly-trained healthcare workforce, both infant deaths and disease incidence decline.

A Need for Infrastructure

Infrastructure supports the increasing economic activity common of countries emerging from poverty. Everything from water access to adequate transportation helps a country increase its productivity. Countries without extensive infrastructure then, in fact, possess a barrier to overcoming poverty.

Rural populations that depend on extensive road systems are common in developing countries. Lack of infrastructure for conducting agricultural business leaves farmers without an income and for agriculturally-dependent countries, this could be dangerous.

One obstacle — in this case, the government — can have a large influence on what comes after poverty for a country.

Being able to pass effective legislation is necessary for any country, and governmental issues affect many developing countries. In Indonesia, the issue is a problem of decentralization of control, while in other countries, government issues slow progress in a variety of ways.

Political instability in South Africa caused recent economic growth to slow, and some negative side effects of this decrease have been the rise of both unemployment and poverty rates. A government will never be perfect; but without basic protection for citizens, economic productivity is difficult. Due to this dependency, keeping government stability is vital to a country’s future.

What Comes After Poverty?

Having a plan for what comes after poverty is vital to the success of developing countries and although it can be difficult, it is worth the effort. Whether through education, healthcare, infrastructure or government, continued improvement is possible.

With planning, countries can do more than survive in the global economy: they can thrive in it.