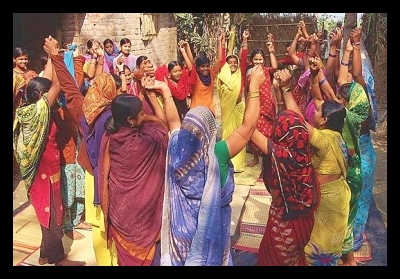 Those new to The Borgen Project or unfamiliar with international policy terminology may not have heard of the UN Millennium Development Goals, or MDGs as they are often called, but these goals are helping to drive the development agendas of nations around the world. Thirteen years ago, 189 countries at the United Nations in New York adopted a resolution called the Millennium Declaration which affirmed a collective commitment to improving the social, economic, and political lives of all people. In the resolution, countries affirmed that “in addition to our separate responsibilities to our individual societies, we have a collective responsibility to uphold the principles of human dignity, equality and equity at the global level.” World leaders affirmed their “duty to world’s people, especially the most vulnerable and, in particular, the children of the world, to whom the future belongs.”

The resolution affirmed six “fundamental values” and announced eight specific goals to be achieved by 2015. The values are

Those values in turn determined the eight Millennium Development Goals, the “key objectives” deemed to have “special significance” in the effort to “translate shared values into action.”  Specifically, the stated goals are to

According to the UN, these goals are intended to be a “blueprint for development institutions,” and the goals have “galvanized unprecedented efforts to meet the needs of the world’s poorest.” Progress toward Millennium Development Goals is being tracked in comprehensive annual reports that are country-specific. As evidence of this progress, the organization USAID points to the following statistics:

April 5, 2013 marked the 1,000-day mark to the 2015 target date for the Millennium Development Goals. (Read a report about this milestone here in the Borgen Magazine). The UN and its partner organizations are redoubling efforts to reach these goals,and to plan for concerted action to continue this progress after 2015. The UN calls the 2015 MDGs “the most successful global anti-poverty push in history.”

In determining the next set of goals for beyond 2015, the UN invites people to get involved in the process and vote for these future goals. Votes can be cast here on the UN site www.myworld.org.

Poverty in Mozambique: Challenges and HopeWould the Man of Steel Be a Good Relief Worker?
Scroll to top