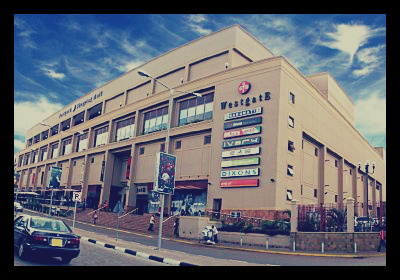 The three-day assault on the West Gate shopping mall in Nairobi, Kenya has been a jolt to the UN, jerking their attention back to central Africa, and particularly the Central African Republic, and the multitude of problems that persist there. Several news channels have reported the UN’s avowal to renew efforts to stabilize the region, and France’s Francois Hollande has led the surge.

President Hollande stated that the entire region was threatened by “Somalisation,” reflecting the concerns with al-Shabbab and its historical ability to keep Somalia in a state of anarchy.

For the Central African Republic (CAR), Somalisation is already in full swing. Somalia’s collapse began as early as 1969, when military dictator Siad Barre began a brutal campaign which destroyed any semblance to order in Somali society. Likewise, CAR has had a long history of genocide, militia warfare, famine, and human rights abuses.

And, being caught between the much larger Democratic Republic of Congo, Sudan, and Chad–each with their own history of mass injustice and violence–CAR’s troubles have gone largely unreported by Western media outlets.

However, this is not to say that work is not being done in CAR. The recent reports and rhetoric are welcome in that they may serve to bring the public’s attention to the plethora of issues needing immediate solutions, but they do a disservice to the UN, NGOs, and scientists already working in CAR.

The UN keeps current data on CAR, and currently has programs operating through the World Food Programme and UNICEF, among others. Setbacks have occurred, and continue to occur, but that is often the cost of sending aid to regions which need it most.

When a rebel attack on the capital of Bangui prompted looting of the UN warehouses there, it was not the fault of the UN, or a signal that their programs there are being ignored by the central powers in New York. In a country of 4.6 million, where 1.6 million are in dire need of food and other assistance, a large source of sustenance naturally a prime target in a period of extreme unrest.

Scientists have also maintained a steady rate of interest in the country. A recent report by the Center for International Forestry Research iterated the necessity of stabilizing environmental degradation in central Africa, if social order is ever to be attained. Like its neighbors, CAR is rich in metals and minerals.

The corporations which pay for the extraction and shipment of those resources have spotty records, at best, complying with any kind of environmental protection laws. As pollution accumulates in the region, agriculture and pastoralism become more difficult–thereby prompting the kind of looting on UN food stocks seen in Bangui.

And even before the West Gate attacks, the UN was working on reopening some of its operations in CAR, signaling its refusal to forsake the region.

While the results have not been perfect, and the successes remain largely invisible to global audiences, the implication that CAR has ever fallen off the radar of international aid and development agencies is simply untrue, and a disservice to the organizations and their workers there who risk a great deal to bring necessary goods and services to the struggling region.