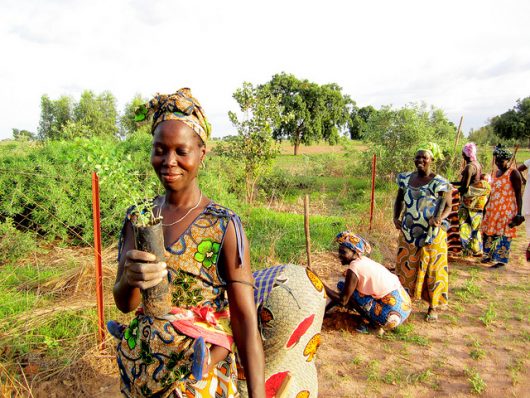 The international community has proposed a goal to rid the world of hunger by 2030. This goal would make history while creating a generation that cooperates to sustain a zero hunger status.

In modern Europe, “economy” refers to societal matters, but has origins within families where the European Union funded assistance is provided through the World Food Programme (WFP). When resources are scarce to the extent they are in these households, the need for making true economic choices appears.

The World Food Programme (WFP) believes that these decisions manifest through a woman’s major role to provide meals in the household. Women are responsible for 90 percent of the work involved in preparing a meal for the family. They grow, harvest, and prepare the food.

Groups like the WFP have suggested empowering women as a way of combating hunger because they hold such a dominant role in feeding their families. These organizations have brainstormed ways to aid women in hopes of empowering them and combating hunger. The WFP distributes cash, trains in food preparation, devises ways for starting micro-businesses and teaches cultivation of vegetables to women. The goal is to supply them with knowledge and funding so they can maximize family educational, health and nutritional benefits and work towards combating hunger.

Investing in women can pay dividends for future generations, breaking intergenerational hunger cycles. Studies show that an increase in income greatly benefits the children’s health and nutrition when managed by women directly.

Empowering women could prove to be a way to increase the current efforts of combating hunger needed to accomplish the zero hunger goal by 2030. While women are more likely to be victimized by hunger, they are also the most effective in combating hunger.