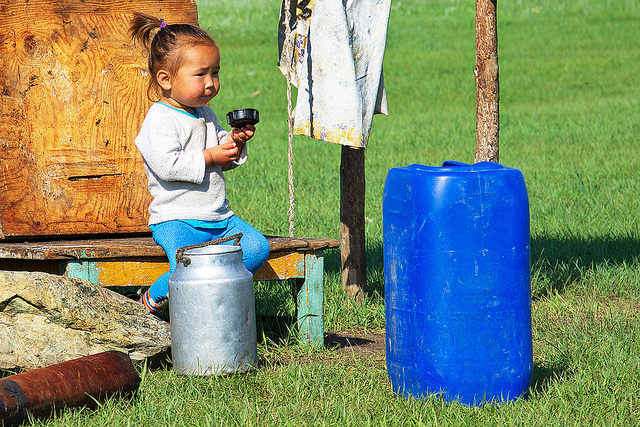 Bordering Russia and China, Mongolia, the landlocked country in northeast Asia, has been experiencing more severe and frequent effects of climate change. Among several of these issues, water quality and scarcity are at the top of the list. Mongolia’s unique landscape is comprised of sparse rivers, lakes and springs that flow from the wooded northeast, leaving most of the east and south with a desert climate.

Of the population that is just under 3 million, about one-third to one-half reside in the capitol, Ulaanbaatar. The people of Mongolia traditionally practice a nomadic lifestyle.  Second to mineral industries, Mongolians rely heavily on livestock as a major economic driver. Needless to say, water quality in Mongolia has a profound effect on this industry, as well as on the health and well-being of its people. Threats to water supplies exist both in urban and remaining rural communities. A lack of water quality infrastructure has led to contamination of water supplies, and unregulated use has resulted in scarcity in some regions.

In the last few decades, Mongolia has also made a transition to democracy and has introduced a market economy across the nation. Issues have arisen since the adoption of this new system that have directly affected water usage, such as wealth gaps, overgrazing and collapsing value systems and traditions. Desertification, premature melting of permafrost and water pollution have also increased along with the growing effects of climate change. As a consequence of drier rivers in the northern region, many have had to rely on groundwater resources, which made up roughly 80 percent of Mongolia’s water consumption in 2010.

One solution that Mongolia is exploring is a pipeline that would stretch across the steppe that comprises the majority of the country. While this project may ensure more sanitary and abundant water supplies, there has been no advancement on this project due to the high cost and labor burden that it would pose. Although projects like these may be costly and inefficient, it is important that sustainable options are being explored and debated as the water quality in Mongolia continues to decline.