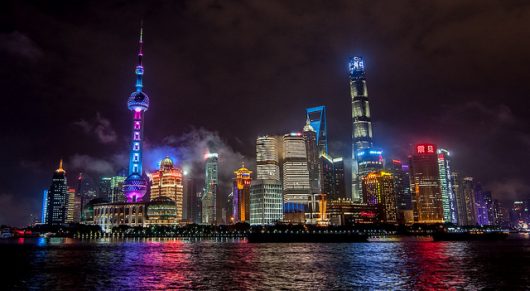 Half of China’s population cannot access water that is safe for human consumption and two-thirds of China’s rural population relies on tainted water. Water pollution in China is such a problem that there could be “catastrophic consequences for future generations,” according to the World Bank.

China’s water supply has been contaminated by the dumping of toxic human and industrial waste. Pollution-induced algae blooms cause the surface of China’s lakes to turn a bright green, but greater problems may lurk beneath the surface; groundwater in 90 percent of China’s cities is contaminated.

China’s coastal manufacturing belt faces the most pollution. Despite the closure of thousands of pollutant sources, a third of the waterway remains well below the government’s modest standards for water quality. Most of China’s rural areas lack a system to treat wastewater.

Water pollution in China has doubled from what the government originally predicted because the impact of agricultural waste was ignored. Farm fertilizer has largely contributed to water contamination. China’s water sources contain toxic of levels of arsenic, fluorine and sulfates, and pollution has been linked to China’s high rates of liver, stomach and esophageal cancer.

Dabo Guan, a professor at the University of East Anglia in Britain, has been studying scarcity and water pollution in China for years. He believes water pollution to be the biggest environmental issue in China, but the public may be unaware of its impact. Air pollution creates pressure from the public on the government because it is visible every day, but underground water pollution is not visible in the cities, causing it to virtually be forgotten.

Water pollution in China stems from the demand for cheap goods; multinational companies ignore their suppliers’ environmental practices. Although China’s development has lifted many out of poverty, it has also sent many others into disease.

Factories are able to freely discharge their wastewater into lakes and rivers due to poor environmental regulations, weak enforcement and local corruption. Rural villages located near factory complexes rely on the contaminated water for drinking, washing and cooking. These villages have become known as “cancer villages” because of their high rates of cancer and death.