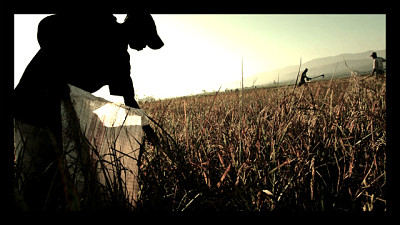 Recently the U.N. Food and Agriculture Organization predicted that Haiti would see a 25% increase in its rice crop production between 2012 and 2013. For Haiti, a country that most often receives attention for reasons such as extreme poverty and inequality, this news is a step in the right direction.

Rice is a daily staple food for Haitians, yet they import 83% of the crop, mostly from the U.S. This leaves Haitians vulnerable to volatile world-market prices. Between 2003 and 2008 the price of rice increased fivefold. The price spike resulted in widespread hardship throughout the country. As a result, the Haitian government now aims to be food self-sufficient by 2016.

The increase in rice production this year is good news for Haiti, but the country still has a long way to go. Despite the increase, they will still have to import more than two-thirds of the rice that Haitians will consume. According to a recent Oxfam report, Haiti can become more independent in rice production if they make more investment in programs such as improved irrigation systems, mills, storage, and drying facilities. The report also concludes that Haitian farmers need access to better transportation, credit, and technical advice.

Oxfam works in Haiti to help alleviate the problems by bringing farmers’ voices into the debate, working to change harmful policies, increasing investment, and using agroecological tools that are effective despite Haiti’s lack of resources. Oxfam has already partnered with USAID to produce a pilot program, called System of Rice Intensification (SRI). SRI boosts crop yields with less seed, less water, and uses organic fertilizer. The increase in rice production this year, then, is a move towards a more sustainable and more self-sufficient system of farming for Haitians.