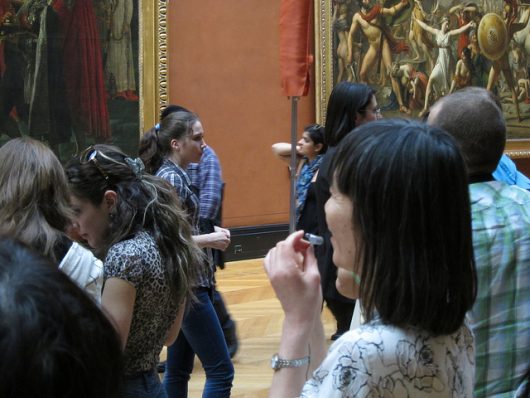 As of August 2017, children from over 180,000 Chinese households are attending virtual museum tours. They are two-hour daily broadcasts that combine animations and Chinese presenters’ recent trips to museums, along with live commentary from Chinese academics in a Shanghai studio.

The families pay the Aha School – a Shanghai based educational start-up that produces the shows – the equivalent of $2.85 to watch. The company donates the broadcast feed to 174 rural classrooms as a public service. It is being distributed through CCtalk, a Chinese app that specializes in live-streaming for educational purposes.

Dr. Jian Lu, partner of Hujiang EdTech and CEO of CCtalk, in an interview with Cision PR Newsletter says “our platform has a huge database…it can be used to measure the effectiveness and efficiency of online teaching by each teacher. What’s more, we are now working on a learning index for each student, which will help them make better study plans.”

The founder of Aha School, Wang Yuhao, said his inspiration for the virtual museum tours and the school itself was his son Pipi. Yuhao remembers a conversation he had with Pipi when he was only eight or nine years old, where Pipi said that his “…dream is to transcend space and time, and to see the origins of life.” When Yuhao took Pipi to Paris in 2012 to see paintings in the Louvre, he saw his son run back and forth between paintings to piece together their history and historical importance, and was inspired.

The Aha School is now a virtual academy that offers 400 courses and has 15 guidance counselors to provide on-demand educational service for over 10,000 families in Shanghai.

Yuhao says that most Chinese parents have begun to realize that traditional classroom learning is not enough, but that it is also necessary to introduce children to liberal arts in order for them to be well-rounded and successful.

Ma Xiaoyan, a teacher at the Akeli Center School in a rural area of the province of Sichuan, has said in an interview with the New York Times, “The children don’t have access to any museums, let alone famous ones…for many of them, even going to the closest town is difficult because their families don’t have money for travel.”

Educational experts in China state that programs such as Yuhao’s also call attention to systemic inequities between rural and urban areas in China’s education system. While virtual programs are not a solution to the educational divide, proliferation of programs such as 100,000 Kids Touring the World’s Top 10 Museums can at the very least highlight the divide and urge officials to make larger changes.