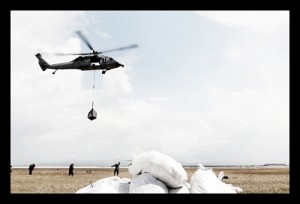 Last year, the International Aid Transparency Initiative (IATI) released its Transparency Index where the Millennium Challenge Corporation or MCC ranked first among 57 international aid organizations. While this merits a celebration for the U.S. in leading the pack, other U.S. agencies did not fare so well. The U.S. Treasury and USAID ranked 19th and 22nd respectively in the fair category, the Defense and State Departments ranked 27th and 40th respectively in the poor category and finally PEPFAR, a program from the State Department, ranked 50th in the very poor category. More importantly, in addition to the above mentioned there are 20 other U.S. agencies involved in providing foreign assistance that are not reporting to ATI or the Foreign Assistance Dashboard.

In their effort to make foreign aid spending more transparent, in 2013, both the House and the Senate introduced The Foreign Aid Transparency and Accountability Act of 2013 (H.R.2638 & S.1271). Receiving strong bipartisan support, this bill promises to improve accountability, transparency and efficiency in foreign assistance programs. If signed into law, it would require the President to implement disclosure and reporting guidelines for all agencies providing aid. All data would be made public through the Foreign Assistance Dashboard, which the administration had already launched in 2010.

More recently, following the path towards more transparency in foreign assistance, the White House has revamped the Foreign Assistance Dashboard, to which until last year only as few as six agencies had posted their information. This shows a strong commitment by the Obama administration towards improving transparency, accountability and efficiency in foreign assistance.

However, while the promise of accountability, transparency and effectiveness is commendable, according the Modernizing Foreign Assistance Network or MFAN, its success will greatly depend on strict enforcement measures. The absence of a clear timetable and the level of detail required from agencies to report their data makes for very inconsistent reporting. Moreover, MFAN has stated that linking the legislation more closely to the mission and work of IATI would provide for better and more useful information.

Notwithstanding some of the changes and efforts needed to bring about consistency, accountability and transparency in foreign aid, experts say we are on the right track. According to George Ingram, making foreign assistance data available is important on several levels. First, it helps donors and recipient countries make informed decisions. What is more, “it allows citizens to be better informed on government decisions and therefore better able to hold government accountable.”

At the citizen level, the benefits of an online hub for aid spending data are twofold. On one hand, it allows citizens to see for themselves how much of the national GDP is actually spent on foreign aid, instead of how much they think it is. On the other, it carries the promise of driving people to be more supportive of foreign aid assistance as they get a clear picture of how it is allocated and the global issues it is addressing.

Until now, one thing that remains clear is that everyone, from the White House to donors to the average citizen, can stand behind the idea of transparency. However, it is necessary to implement better guidelines and enforcement tools in order to achieve real transparency in foreign assistance.