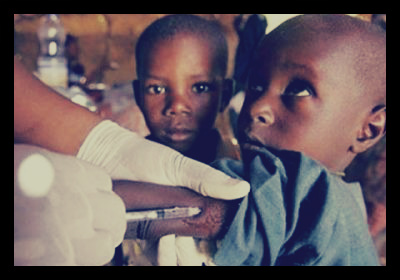 The international HOOKVAC consortium, led by the Academic Medical Center at the University of Amsterdam and including partners from the United States, European Union and Africa, has been awarded a grant of six million Euros to expand the Sabin Vaccine Institute Product Development Partnership’s work to develop and assess a vaccine for human hookworm. This disease currently affects 600-700 million of the world’s poorest people, and under this grant, clinical testing for the vaccine in the West African nation of Gabon will begin.

A hookworm vaccine has the potential to dramatically improve the health, economic and social conditions in countries that are highly burdened by the disease. Despite the amount of people that it affects, hookworm has been a consistently neglected disease, disregarded by people in developed Western nations.

The Sabin Vaccine Institute PDP works with worldwide partners to develop new, low-cost vaccines that have essentially no commercial market for diseases that predominantly affect the developing world. Established in 2000, with funding from the Bill and Melinda Gates Foundation, it is the only product development partnership in the world that targets and devotes resources toward targeting the human hookworm vaccination.

A successful vaccine would ease the suffering of over half a billion affected people. The hookworm disease primarily infects people who live below the global poverty line, specifically children and pregnant mothers in Southeast Asia, Latin America and Sub-Saharan Africa. If left untreated, the disease causes internal blood loss, leading to iron-deficiency anemia, malnutrition, physical and cognitive impairment and low birth rates.

“The European Commission is proud to support the critical work of the consortium for the development of a human hookworm vaccine,” Ruxandra Draghia-Akli, MD, PhD, Director of the Health Directorate at the Research DG of the European Commission, said. “Ultimately, we hope that the knowledge, innovations and research expertise resulting from this global collaboration will accelerate the development of the world’s first, effective hookworm vaccine and encourage additional European SME partnerships to explore vaccines for NTDs (Neglected Tropical Diseases).”

The progress being made toward the hookworm vaccine represents a battle won for many poorer countries that come face to face with diseases that are often neglected and overlooked by the developed world. There is a bright future for further developments towards the aid for other neglected diseases, giving poverty-stricken countries and our world a chance at global health.